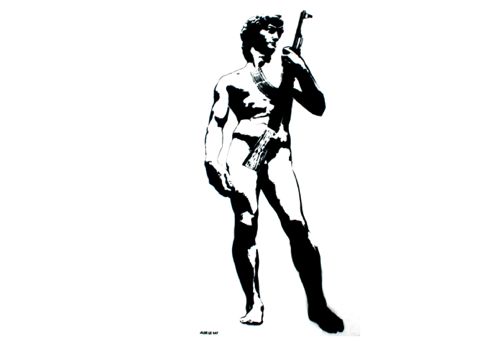 Justin Giarla, White Walls, and The Shooting Gallery invite you to join us for the opening reception of From the Street to the Cube, a group show at 941GEARY.

941Geary is pleased to present From the Street to the Cube, a group exhibition featuring the work of many prominent artists of the Street Art genre. For its first two exhibitions in its nascent year, 941Geary has explored urban contemporary artists of note working in the styles of abstraction and realism. For this third exhibition, curator Justin Giarla has compiled a group of the world’s most influential artists whose artistic careers were birthed in the street and have transitioned to the more formal exhibition space of the white cube. From the Street to the Cube will bring together a collection of work in a variety of mediums for this cross-cultural survey of street art. 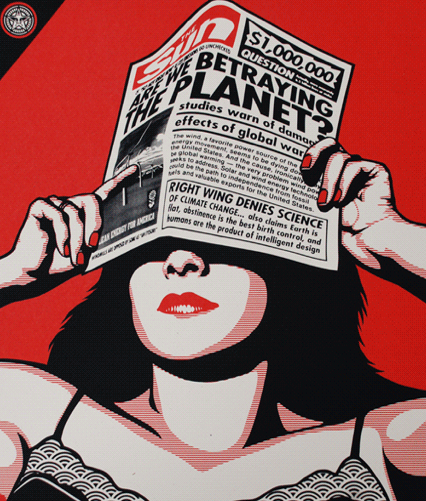 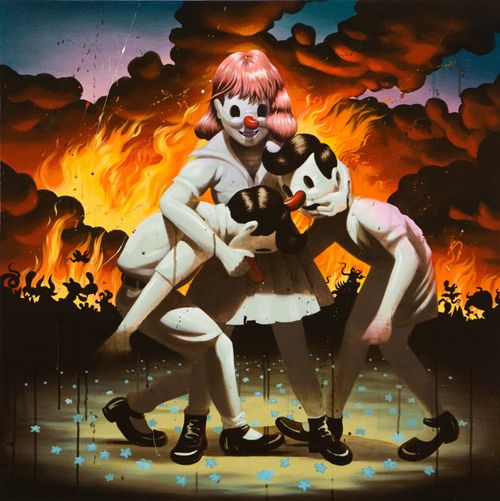 The curator of the exhibition, Anthon Maxus Christophersen (b. 1975), has for several years played an active part in Barcelona’s artistic underground environment. During the development of the documentary  “Vaqueros De Barcelona”; an urban cowboy movie featuring Barcelona’s ‘outlaws’ – the independent street artists – Anthon came in contact with the artists Miss Van (b. 1973), Victor Castillo (b. 1973), Mike Swaney (b. 1978) and Tim Biskup (b. 1967). Common to them all is that they have left their roots, and found ‘home’ and kindred spirits in Barcelona’s creative underground milieu. The artists participating in the show, except from Mike Swaney, are exhibiting for the first time in Denmark. Common to the artists is that they have a personal relation to the untamed and wild characters and relationships depicted in their artworks. The four artists have, without losing their edge, gained international recognition and respect within the established a rt world testified by their representation in international art collections, galleries and museums around the world.

Miss Van is a legend in street art. She was 18 years old when she started painting trains with the big boys in Toulouse in the early 1990’es and she is known to be the first female street artist and the first to use brushes when painting in the streets. Her recognizable ‘Slutty Girls’ or dolls have since 1993 been a recurring motif in her art. Since her art has moved into the gallery space and she started exploring new media such as paper and cloth, the depiction of her girls have gradually become more refined and subtle, to which the new works in the exhibition is a good example. Miss Van has exhibited in Berlin, Paris, Stockholm, LA and New York.

In Victor Castillo’s oil paintings evil childhood games unfold in grotesque theatrical tableaus that seem oddly contemporary yet oldfashioned at the same time. The characters are bourgeois children from the 1800s in Sunday clothes and school uniforms performing malicious child’s play, wearing grinning grotesques masks with black hollow eyes and long red sausage noses. Castillo’s works draw reference to comic and satire, as well as to Goya and Velasquez. Victor Castillo has exhibited widely internationally, for instance in Santiago, Hamburg, Beijing and he will presents new works in this exhibition.

In Mike Swaney’s collages, childishly executed human figures are drawn, cut out, and pasted into surreal dollhouse setting, awkwardly performing everyday activities as if touched by black magic. In his sculptures are references to voodoo; here you will find large pins, dolls and strange hybrids of objects, animals and humans. The performative element stems from a childhood interest in having toys ‘come alive’, and it is a continuous part of Swaney’s body of work, that also includes performances. Mike Swaneys works have been exhibited widely internationally, including in Hamburg, New York and Tokyo. The exhibition displays new works.

Tim Biskup’s drawings and paintings depict erotically posing nude women caught in moments of ecstasy. The women’s euphoria is emphasized by the backgrounds, where time and space are dissolved in abstract graphic spaces. The backgrounds refer to various graphical eras such as Cubism and Art Deco. Biskup has long been recognized for his complex color and design theories and he has a background in illustration, animation and graphic design, which is reflected in his polished and graphic style that, however, always contains conceptual undertones. Tim Biskup is represented widely in galleries and museums and has exhibited in New York, San Francisco, Tokyo, Sao Paulo, Buenos Aires and Melbourne among other places.
Gallery Christoffer Egelund 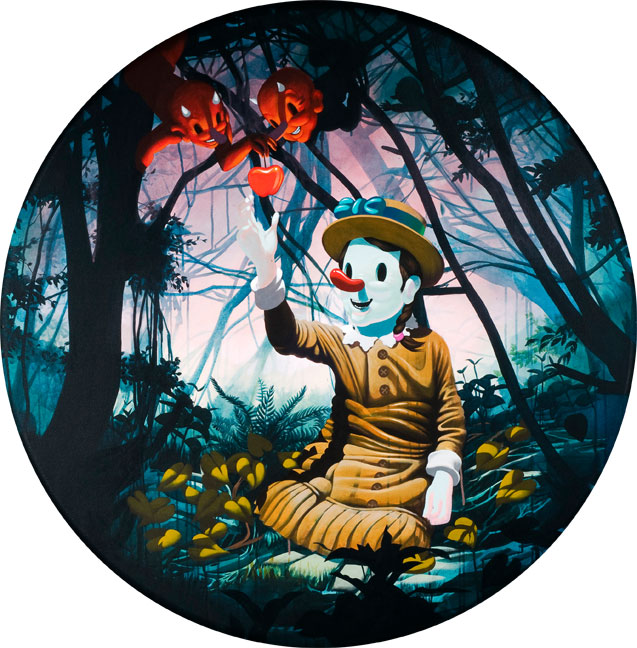 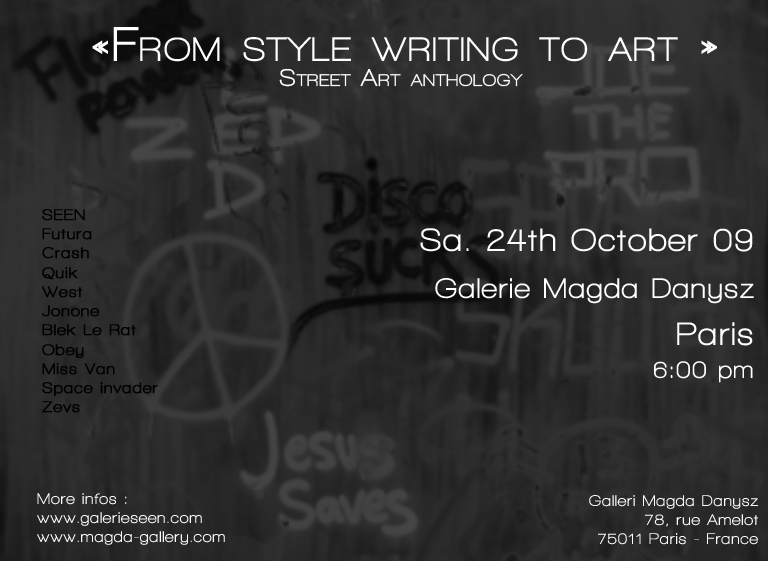