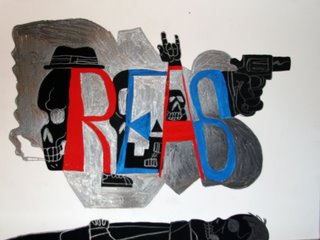 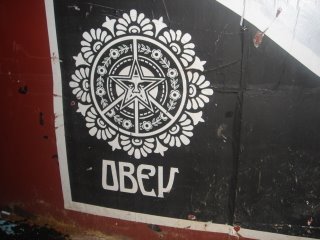 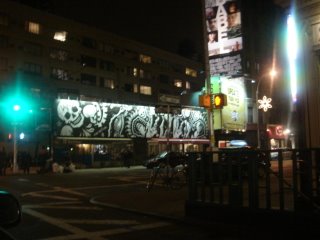 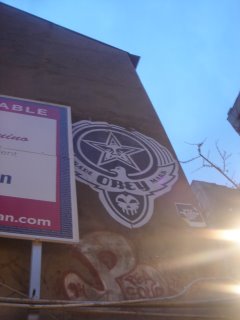 Always a plesure to see his works in the streets. 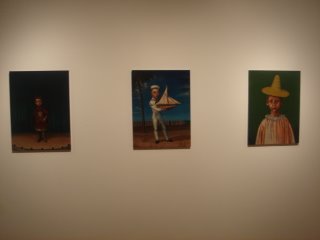 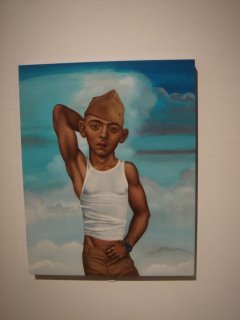 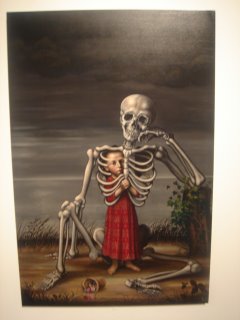 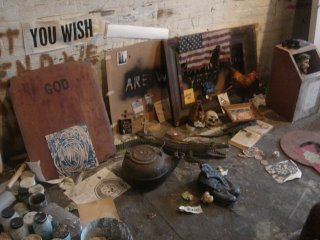 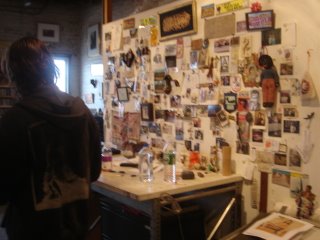 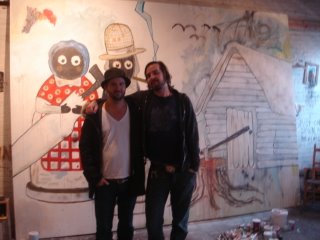 We went to Brooklyn and visited Wes Lang`s studio, his moving to a new studio next week.
http://www.galleriloyal.com/BioWesLang.html 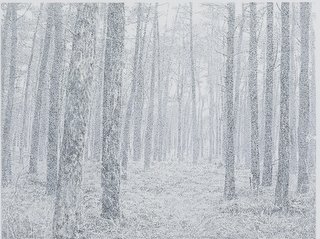 JOSEPH HART & ANNA NORLANDER”The Belief Signal”GALLERI LOYALDecember 1, 2006 – January 13, 2007Opening Reception with the Artists:Friday, December 1, 6 – 9 pmOpening on December 1, 2006, Galleri Loyal is proud to present “The Belief Signal”, a double solo exhibition with Joseph Hart and Anna Norlander. Joseph Hart’s artwork seems to beckon from another dimension. Using references to classical sculpture, monuments, mythology, the universe and nature, Hart creates elegant and inspiring works on paper. The alternately whisper-thin and densely saturated pencil work gives Joseph Hart’s collage compositions a sense of depth and limitlessness. The viewer is ushered around the paper by a wide range of mark-making methods, thereby creating a mantra-like narrative which revolves around the concept of belief in the face of uncertainty and change. Born in 1976 and raised in rural New Hampshire, Hart finds visual inspiration in the humble sophistication of nature and folk art. Joseph Hart lives and works in Brooklyn, New York where he has recently been included in group exhibitions at Alexander and Bonin and CRG Gallery. Anna Norlander’s artwork is directly personal, stark, and sensitive. To sit down and look at her delicately rendered pencil drawings and raw sculptures of painted wood and nails, or to try to read the words on her sewn collages, it is as if one has secretly stumbled across one of her personal diaries. Intimate and uncensored, she reveals her ability to coax meaning out of her own life. Norlander shows us depictions of her daughter, self-portraits, shiny leather shoes, and haunting musical instruments. Constantly present are references to the creative forces that influence her including Joseph Beuys, The Residents, Bob Dylan, and Ian Curtis. Esoteric mysteries combine with a folk sweetness and purity, the kind you can find in a young girl dripping tears into a rainbow. In Norlander’s art there is no distance between what we see in the images and the artist’s own private thoughts.Anna Norlander was born in 1976 in Knivstad (Knife Town), Sweden. Since 1996 she has lived in London (Lilla Göteborg) where she works and lives today.Both Hart and Norlander were included in Galleri Loyal’s group show “Everybody Knows This is Nowhere” and are featured and interviewed in the book “Loyal And His Band”.Welcome Friday!/
LoyalGALLERI LOYAL
Torsgatan 59113 37 StockholmSwedent
+46 (0)8 32 44 91 m +46 (0)73 322
9289galleri@galleriloyal.com
www.galleriloyal.com 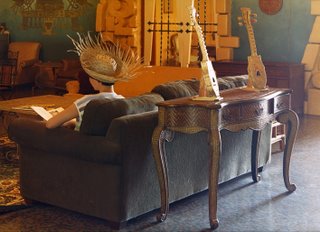 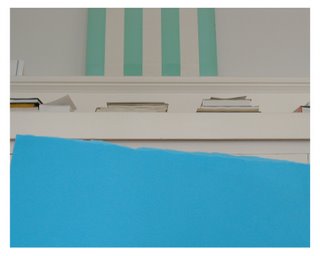 Schroeder Romero is pleased to announce LIVE! a solo exhibition of new work by Ted Victoria. Using decidedly low-tech methods such as camera obscuras, lightboxes, lenses and projectors, Victoria creates unique and effective works without resorting to video or other high-tech devices. This is his first solo exhibition with the gallery. The centerpiece of the exhibition is a sculpture titled Live Bait that employs five projectors to project live images of brine shrimp (popularly known as “sea monkeys”) inside a sculpture resembling a cage. The tiny, prehistoric crustaceans are projected up to 50 times their actual size onto the inner surfaces of the structure’s opaque plexiglas walls, appearing to be kept captive in their “cage”. Viewers will not only see the enlarged projected images of the creatures, but can also see the actual centimeter-long brine shrimp housed in five small aquariums which extend from the top and sides of the sculpture. The translucent shrimp-like creatures swarm to the beams of light produced by the projectors and seem to dance in the luminescence. The brine shrimp are removed each night from the sculpture and kept in an aerated holding tank where they are fed algae and brewer’s yeast. Brine shrimp are usually raised by aquarium and pet supply stores to be fed to tropical fish as a live meal.Also on view will be The Fire Wall Pieces and Street Heat Series. Both series are camera obscura projection boxes mounted on the walls. They look like lightboxes, but instead of using photographic transparencies, the artist creates images with actual objects housed inside the shallow boxes and an ingenious system of mirrors, lights and lenses. Images of the various components are reflected and projected from various locations inside the box to appear on a small plexiglas screen on the box’s front. The resulting image is a photographic-like moving image. The Fire Wall Pieces are inspired by the trance-like effect gazing at fire has on the viewer. The illusion of fire and objects “burning”, but never being consumed, are similar to that found in an artificial fireplace. Ted Victoria is a professor of Fine Arts at Kean University in Union, New Jersey. He has participated in exhibitions internationally including the Galerie Bonnier in Geneva, Fortuny Museum in Venice, Museum of Contemporary art, Taipei, Musee D’Orsay in Paris and the International Museum of Photography, George Eastman House in Rochester. This exhibition was made possible in part with a released time grant from Kean University.