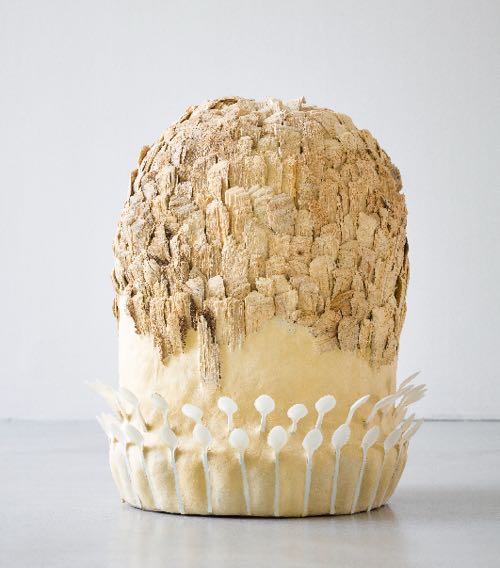 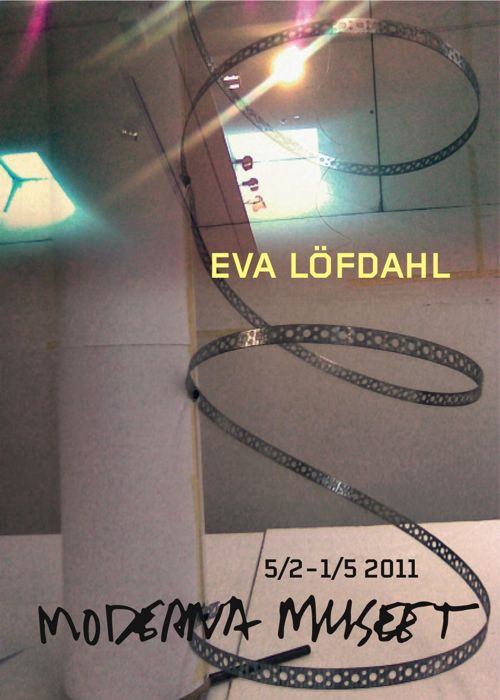 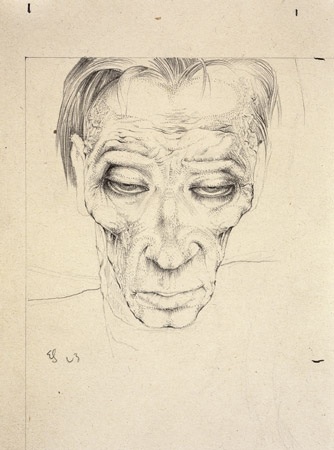 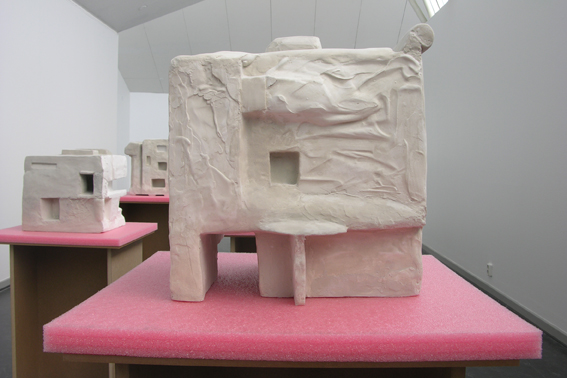 Eva Löfdahl (born 1953) gained attention for her work in the 1980’s and has continued to represent a unique voice in art coming out of Sweden.

Löfdahl uses unexpected materials and a visual language that are exclusively her own and while her works are densely complex they maintain a willingness to communicate. Her production and thinking relate closely to her own wanderings over the landscape, its boundaries, apertures and paths. In the spirit of this sense of openness and space Löfdahl’s sculptures seem to suggest potential movement and playfulness despite their static state.

An interest in science and language reflects an absorption in the rationality and irrationality of physics and numbers as well as issues of communication, representation and abstraction. However, in this exhibition of works from 2009 we not only witness a faithfulness to ideas but also a commitment to the physicality of things. In her sculptural practice Löfdahl explores volume and vacuum while combining familiar with classical and sometimes surprising materials such as plaster, foam and MDF or aluminium bricks and steel drill bits.

Through her concern with both real and abstract phenomena Löfdahl’s work explores a wide range of subjects. From the concrete in, for instance, the suggestion of adobe dwellings in ruin in Untitled, to the ephemeral in the embodiment of clouds and rain in Cloud to Be, and to the notional, in the representation of grammatical structures in Conjunction 1.

Eva Löfdahl represented Sweden at the Venice Biennial in 1995. In 2003 she completed a large-scale commission at Kalmar Stortorg, Sweden, and in 2006 a major public commission in Helsinki city center, Finland. This summer Löfdahl  had a critically acclaimed exhibition at Lund’s Konsthall, Sweden. Moderna Museet will hold a retrospective of her work in 2011. This is her fourth exhibition at Galerie Nordenhake.