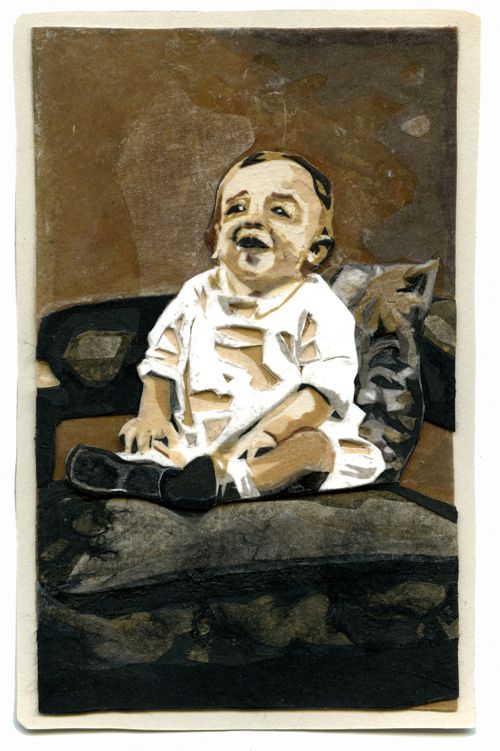 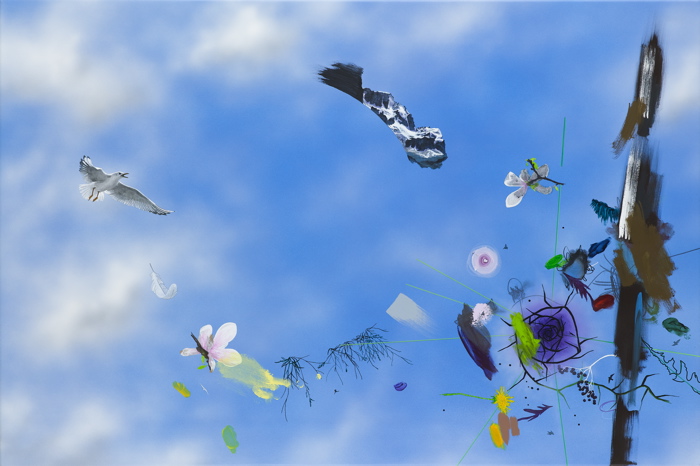 The group show includes  the participation of 13 artists, almost all of them already in close  relationship with the gallery, who were invited to challenge the title of the  show in an ambitious attempt to disclose one of the most interesting moments  of the creation process, each one through his/her personal research.

A reality where there are not  boundaries, limits and rules is not credible; a reality where space, time and  actions are not defined within schemes that are often strict and definite.
Because of external commands or  personal considerations, we keep on imposing more and more interfering rules  which create  new boundaries and limit our thoughts.
Nevertheless, many of these  limits are not that clear and that evident, but they result from our belonging  to groups, cultures, traditions which – although they are reliable – hide the  potentials and benefits of different points of view.
The artist, more than any other  people, when carrying out creation processes, goes beyond the physical and  psychological barriers, setting minds free and open to different  perceptions.

Each invited  artist has interpreted the title of the show by proposing one or more works,  many of which have been created purposely for the show:

Simon Boudvin (FR) presents Auteurs, a project made of 8 snapshots taken in  the streets and places of Paris where there are the statues of famous writers  and sculptors:  Bernard Palissy, Pierre de Ronsard, Jean-Jacques  Rousseau, Voltaire, Dante Alighieri, Georges Jacques Danton, Denis Diderot,  Michel Eyquem de Montaigne. The artist, climbing on the statues, took pictures  at the height of their eyes, by showing their point of view.

Davide Cantoni (IT)  went beyond the boundaries of the Earth with Galaxy M31, a large format  artwork created purposely for this exhibition with his famous technique of the  burned drawing made with magnifying glass and sun on paper.

Vittorio Corsini (IT)  created Ready, a big carpet of sawdust and pigments reproducing the 4  flags of Papua-New Guinea, South Africa, Sweden and Mongolia. During the  exhibition, it will be possible to mix the colors of the flags by walking on  the artwork.

Angela  Detanico and Rafael Lain (BR) got  inspired by the studies carried out by Nathaniel Bowditch in 1802 about the  relationship between the letters of the alphabet and time zones, still used in  navigation, to create A given time in a given place (Zulu time), a  large wall drawing where a new map of the world is reproduced, showing the  time zones with the cartographic and linguistic meanings.

Nina  Saunders (DK) for the first time at the gallery,  presents Haute Cuture, an art work purposely created for the  exhibition, where starting from the cushion of a Chesterfield armchair,  skillfully reshaped, and apparently ever changing, you guess a stuffed fox  wearing a coyote mask.

Berend Strik (NL) presents two new artworks  created in New York, Orbs and Identity and Made in Brooklyn,  where the embroidery and the fabrics hide and change the photographic basis on  which they are applied.

Gian Paolo Striano (IT) has purposely created for the  exhibition Domestic Hearth, an artwork made of lacquered wood, cathode  tube and led, which investigates on the more and more undefined borders  between art and design.

Simon Keenleyside (UK) presents the large painting on  canvas Somebody calling from the other side, in the middle of which  there is a large frontier tower, and two small paintings Take me back to  that other shore and Curse the dark, where a boundary wall cuts  into two the magical world of the artist, the landscape of Essex.

Benny Dröscher (DK)  has painted two canvas were, as usual in his artworks, the perception of the  absence of boundaries completely fills the artwork. On the intense sky blue of  the canvas, symbolic elements of nature and abstract elements are painted in  harmony, creating an image that goes beyond the canvas by invading the view of  the visitor completely, so that canvas seem to be painted without a fixed  direction, but they can be observed from any point of view.

Seulgi  Lee (Korea) presents a re-interpretation of Don Quixote, a grey  wooden cube on the top of which there are multicolor hairy skewers.

Adam Cvijanovic (USA)  presents two new artworks both made through the flash and latex on Tyvek paper  technique. One shows the ocean and the other one shows a wonderful and rich  abandoned villa with a refined design.