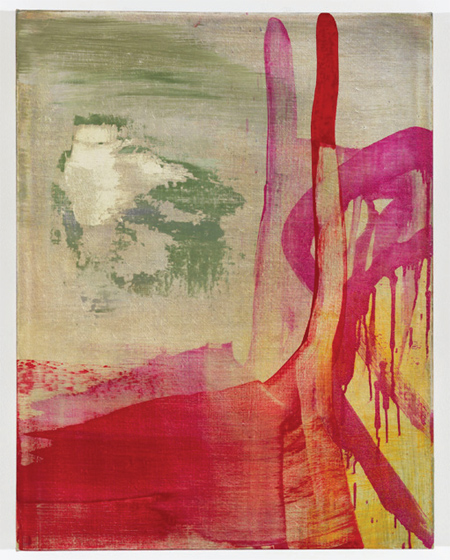 Cheim & Read is pleased to announce an exhibition of paintings and works on paper by Bill Jensen. The show is accompanied by a full-color catalogue with an essay by David Hinton, a prominent scholar and respected translator of Chinese poetry. This is Jensen’s second show with the gallery; his first was in 2007.

Bill Jensen was born in Minneapolis, Minnesota in 1945 and received his MFA at the University of Minnesota in 1970. He has lived and worked in New York since the early 1970s, maintaining a studio in Williamsburg, Brooklyn. Jensen has long been respected for his unconventional abstractions, their compositions evocative of otherworldly landscapes where spatial definition is informed by structural logic. Shape, line, and intense color follow unpredictable paths, but coexist in psychic harmony. Influence of the early American modernists (Albert Pinkham Ryder, Arthur Dove) and the Abstract Expressionists (Jackson Pollock, Mark Rothko, the prophetic Arshile Gorky) are evident, as are the visionary canvases of Myron Stout, and Forrest Bess.

Jensen is also inspired by Taoist philosophy, Chinese painting, and ancient and contemporary Chinese poetry. The third and fourth century Taoists believed that pure nature could not be experienced by humans, due to their inevitable mannerization of the natural world. Chinese painters subsequently attempted to depict the phenomena of nature “itself.”  This history, linked to the idea that all matter is the same-the understanding that something is everything and everything is something-was of profound influence on Jensen. An intuitive, unpretentious painter, Jensen strives to attain content originating in the psychic and emotional; for him, content is more important than result. Jensen argues that his paintings’ beauty, or lack thereof, is not his decision, but determined by the painting itself.

Devoted to his craft, Jensen makes his own paints with finely ground pigments and a self-developed oil-based medium. This allows him to control viscosity and saturation, and provides a wide spectrum of color and texture in his paintings. His methodology consists of multiple layering, scraping, seeping and “dredging,” and is determined in part by unusual, self-made tools. Jensen’s experimental painting techniques are pivotal to the outcome of his heavily worked canvases. As he has stated, “Solutions come from the working process.”

The recent paintings on view in this exhibition show the range of Jensen’s process and the depth of his content, from ethereal, washy forms, to dense, physically worked surfaces of color and texture, punctuated by titles like Genesis, Time After Time and Occurrence Appearing of Itself. Saturated red, blues and yellows coalesce, extending in and out of space, retreating and aggressively reappearing. The drawings and works on paper, some black and white, are more intimate in scale, but still contain the translucency and intensity of the paintings. The black and white works, with their variety of tones, read as if they were in color, while the color drawings radiate hypnotic clarity. Drawing has been a constant throughout Jensen’s practice, and was at times his main mode of artistic exploration. Its direct relationship to his painting is evident.

The sense of freedom in Jensen’s work is belied by the commitment, consistency and seriousness with which he approaches it. As he says, “Each work for me is not about one idea; it is about an emotional event that must be searched for and clarified.”  Jensen achieves his goal of transforming the viewer’s experience, providing a peek into the transcendent. 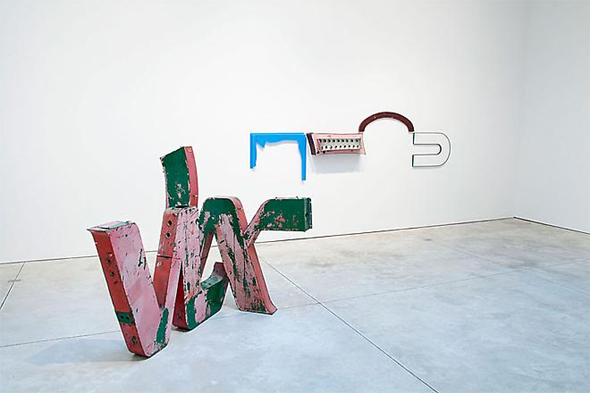