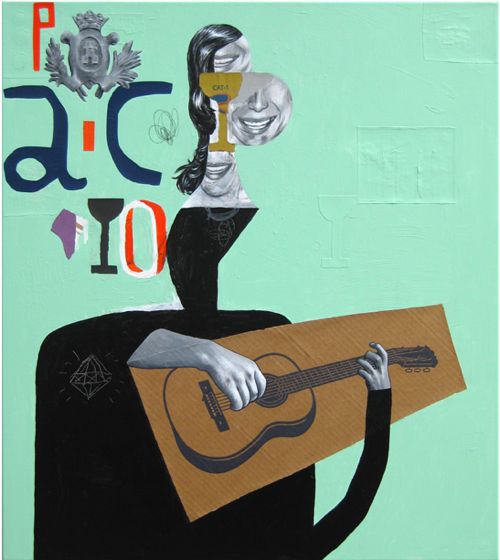 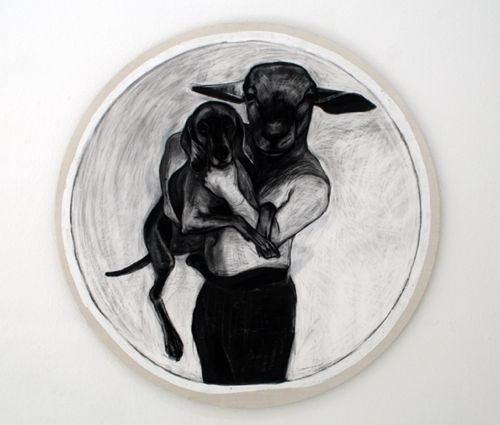 Charlotte Fogh Contemporary is proud to present thefirst solo exhibition in Denmark with Anke Feuchtenberger; one of Germany’s leading avant-garde artists within comics. The exhibition presents a selection of charcoal drawings in giant format, a number of smaller drawings and comics as well as examples of her cartoons.

Anke Feuchtenberger was born in 1963 and raised in Eastern Berlin, where she also was educated. Since the Fall of the Wall in Berlin in 1989 she has lived in Western Germany, where she now is a professor in drawing and illustration at Fachhochschule für Gestaltung in Hamburg. In 2008 she was named Germany’s best and most original comic artist and her style has greatly influenced contemporary comic art.

Anke Feuchtenberger has a unique style with references to both classical Western imagery like Rembrandt and Goya, African primitivism and contemporary comics. The motifs are mainly people and animals creating narratives with strong underlying psychological aspects.

Anke Feuchtenberger has exhibited in China, Canada, USA and in Europe at museums, galleries and international Cartoon-festivals. In Denmark she has earlier been shown at Kunsthallen Brandts, but the exhibition at Charlotte Fogh Contemporary is her first soloshow in Denmark.