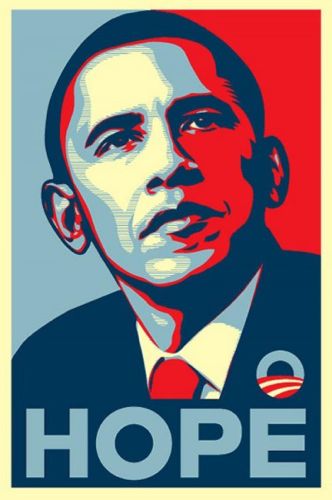 Shepard Fairey, the Los Angeles-based street artist behind the red, white, and blue Obama campaign image that swept the globe, is the subject of an exciting new exhibition organized by the Institute of Contemporary Art/Boston. The 20-year retrospective, the first solo show of the artist’s work, explores the breadth of Fairey’s career.

In 1989 the first Andre the Giant has a posse sticker was created and the OBEY GIANT project was born. Twenty years later, Shepard Fairey has a solo retrospective exhibition at The Warhol. Within that time, Fairey has gone from artsy prankster and skateboarders’ underground hero to worldwide cultural phenomenon for his murals, fine art prints, and street art poster campaigns.