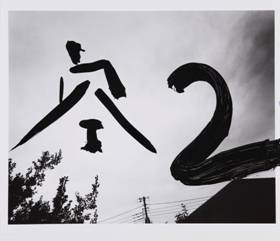 We are pleased to announce our forthcoming solo exhibition with Nobuyoshi Araki. The exhibition will be
held in the occasion of the release of the Shinchosa publication 2THESKY, my Ender.

Why “2THESKY” ? “To” or [the Japanese character] “ニ” are not correct. It must be “2”. As I have said
before – photographs are an imitation of reality and life, the counterfeit of reality, not creation. Therefore, a
photograph is a secondary thing. I do everything with a spiritual feeling. I wrote something into the sky,
because I had the feeling that I would like to create “another sky that is mine”. This makes me think about
death and life. If one becomes heavier, the other one becomes heavier too. With the premonition of death
comes the desire for life, the lust to live. This book is my “posthumous work”, but maybe it is not finished yet,
maybe from now on life is going to begin. I am crossing the rainbow bridge, ah! I am falling…..
Nobuyoshi Araki, October 2010

Since January 2, 2009, Araki has depicted in a kind of diaristic mode his response to everyday events and
thoughts of death, using as a canvas black and white photographs coupled with the technique of calligraphy,
painting and collage.

Araki produced an enormous number of works for this publication and produced even further works for the
solo exhibition. He completed about 150 new works that are not included in the book. In addition to the
publication, which will be installed prominently as part of the installation, the screening of Arakinema is also
planned during the exhibition.

Nobuyoshi Araki describes this new body of work as “the testament of a photographer who presentiments
death”.