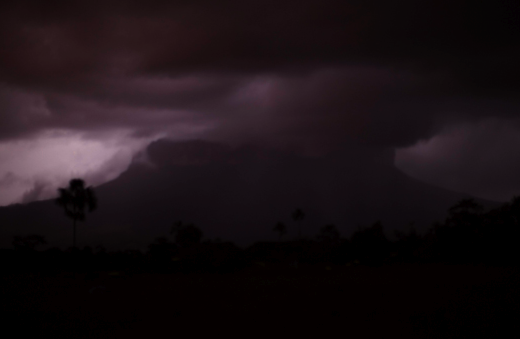 At his first solo show at ME Contemporary, Mathias Kessler (Austria) introduces his audience to a skull overgrown with coral, a sound installation that brings one to distant – but man-invaded – places, and crisp photos that present Nature as both remote and grand, accessible and near.

In I’ll Survive, Kessler reflects on a series of natural disasters and the role of the media in presenting images of global warming as a result of Man´s presence and exploitation of Nature´s resources. In continuation hereto the artist poses the question, how Nature reacts to our century-long exploitation along with our detachment from it? Does the exploitation effectively work as a boomerang, which is now on its way back in our faces?

Working with these themes, the artist was intrigued by the effects of highly publicized climate “hotspots” in the media, such as disaster tourism (people travelling to see the disappearing Nature: the melting icebergs of Greenland and the vanishing rain forests of South America) as well as the use of climate and the preservation of Nature in the marketing of commercial products. This hype has led him further into the investigation of how Nature is represented, and he has used these spots as starting point for his own representations and stories about the role of Nature in society today.

Over the years, Kessler has travelled to and collected impressions from these geographically diverse sites, and by creating a unique combination of multiple expressions, which in itself constitutes a whole, has managed to create a series which presents to us various forms of Nature. The exhibition incorporates a variety of media – audio, video, and razor-sharp photos taken during the expeditions.

Bringing into mind the thesis of American land art artist Robert Smithson, that Nature is a fantasy of the 18th century, the artist has installed a sound piece at the gallery entrance, with recordings from an expedition to the top of the Tepuis mountain in Venezuela. Thus deprived of the visual, which instead is replaced by a strobe simulating a thunder storm, a fantasy of Nature is created.

While photographing in Venezuela, Kessler recorded a video showing native porters transporting his technical equipment to the location of the shoot. In this way, the artist repeats media-known images of Western civilization’s use of the natives in remote areas, bringing our encounter with Nature and the simultaneous attempt to colonize it, together.

In studying Man´s expeditions in order to map and conquer remote areas the coral grown skull stands as a comment to these adventurers: either they returned to honour and recognition or they disappeared during their search.

Kessler’s investigation revolves around our impact on Nature and that impact´s effect on our society, ultimately letting the question of how the individual functions – and survives – in this field, remain an open one.