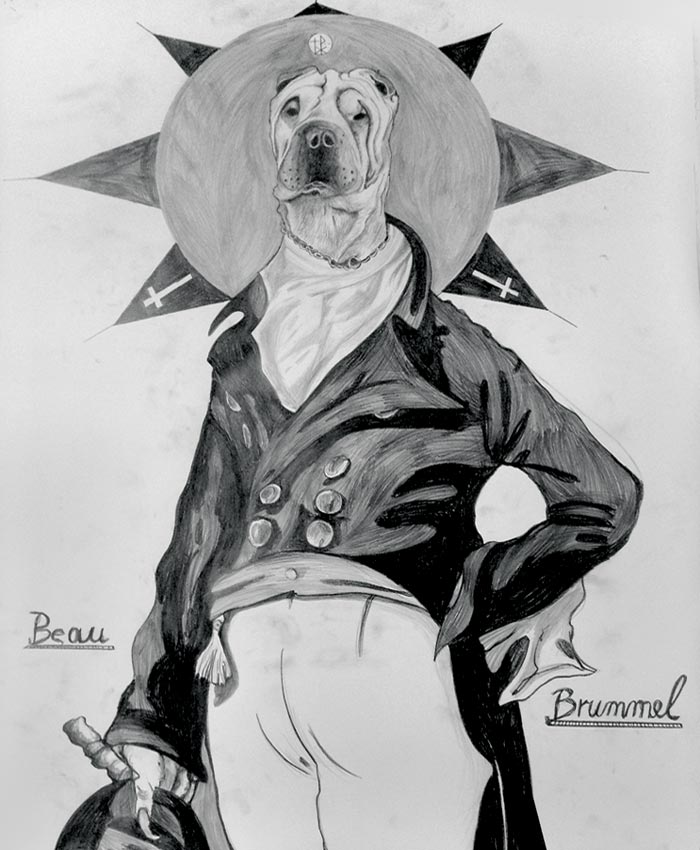 Galleri Christoffer Egelund is proud to present the German artist Thomas Palme’s first big solo exhibition in Denmark, Lost or Damned! In this exhibition Palme will present a series of new black/white pencil drawings and a small installation. The title of the exhibition, Lost or Damned!, refers directly to Søren Kierkegaard’s famous book whose Danish title is Enten – Eller (Either – Or), and points towards the artist’s existence. Like everybody else, he has to find his own way in life. Visitors to the exhibition will be presented with, amongst others, portraits of artists and philosophers with animals’ heads, for instance Gérard de Nerval, Vincent van Gogh and Arthur Schopenhauer. Most of these were hesitant in their approach to life and had a good deal of experience with anxiety, trembling and quivering. As Palme himself describes it: “Most of them only had to decide between: to be Lost or Damned”. The animals’ heads refer to the persons’ real character and the eternal connection between artist and nature and life’s merciless circle from birth to death. Through quotes in the works it becomes clear that Palme moves between and combines elements from the metaphysical, historical, scientific, religious and philosophical spheres. This crossing is not just a quest for answers to existential questions, but also an opening to change where new opportunities emerge.

The black/white pencil drawings which make up the majority of Palme’s practice are created with both the right and the left hand at the same time, creating an altogether unique energy and dynamism which in a compelling way unfolds in the area of tension between fine portraits and chaotic abstraction. There is a multitude of forces and energies at work and mutually at odds in Palme’s works. There is always a fight going on between what we can understand or identify as part of our history and what is shrouded in mysticism.

Thomas Palme (b. 1967) was educated at Vienna, Munich and Düsseldorf. He has received, amongst others, the ‘New Talent’ award at Art Cologne in 2006, and most recently he received a scholarship from Kunsthalle Krems in Austria, where he will also have a solo exhibition in 2010. Most recently, Thomas Palme has exhibited at the Museum of Art in Nocciano, Italy, Landesmuseum für Kunst und Kulturgeschichte, Schleswig-Holstein, Overbeck-Gesellschaft in Lübeck, Kunsthall Moosalpe, and he is represented at such collections as Pinakothek der Moderne’s permanent art collection in Munich.