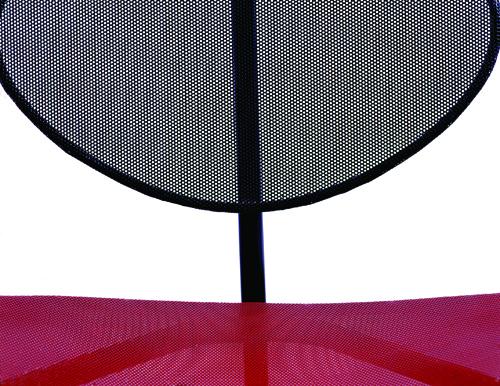 Johann König, Berlin is proud to present a selection of pieces by Mathieu Matégot. The exhibition takes place during the gallery exchange Berlin-Paris and results from the collaboration with jousse entreprise, Paris.

Mathieu Matégot is undoubtedly a forerunner of contemporary design. His involvement in innovative techniques and original forms makes him one of the more special figures of the 1950s, stamping his imprimatur on French style in that fertile post-war period.

In the 1940s, and quite off the cuff, he introduced the notion of creation and aestheticism into the making of humdrum objects, with a particular fondness for rattan and metal. He lent these objects a one-off form, which made them all identifiable. His brilliance lay in the fact that, before anyone else, and from 1945 onward, he used perforated sheet metal in a quite novel way. This was a material he had discovered during his captivity in Germany. By inventing a new technique, he created a new matter. First, he perforated the sheet metal in a conventional way with clover designs, then with small square and round holes. In 1952, he christened this pierced grid-like network, which was usually painted black, with the pretty and evocative name of “rigitulle”. He developed a machine that could bend, fold and fashion sheet metal like a piece of fabric, which, in turn, gave him a great deal of freedom of expression (cf. the “Java“, “Soumba“, “Bagdad“, “Satellite“ series, etc…). And his creativity did not stop with the way he used metal: he also made use of rattan, brass, Formica, glass (sometimes engraved), different species of wood, as well as fabric and leather, in an infinite number of variants.

For the other distinctive thing about Mathieu Matégot resides in the amazing production of small pieces of furniture and everyday objects, somewhat old-fashioned but always delightful, for which he managed to invent “modern” forms and lines (trays, wastepaper-baskets, magazine racks, glass holders, flower-pot holders, occasional tables etc..). These pieces were exhibited at major fairs and shows (Salon des Art Ménagers, Salon des Artistes Décorateurs, Arts de la Table), then distributed in editions of 200, on an exclusive basis, to decoration shops.

But it was in the most important models – lamps and lights, seating, tables – made for cata€logues and commissions, in very limited editions of 6-8 – that Mathieu Matégot’s talent really had free rein. Pieces with more finished structures, at once powerful and using curves, with clean, airy lines, among which we find the masterpieces which still act as references half a century later – like the three – legged “Nagasaki” chair, the “Copacabana” armchair with its curved metallic structure, and the “Santiago” armchair (with the seat and back made of parallel strips in perfo€rated sheet metal).

Born in 1910 in Hungary, but of French nationality, Mathieu Matégot was an officer of the Order of the Arts and Letters. He had started as a decorator of the theatre, but in 1939 he developed an interest in tapestry. In 1949 he designs numerous pieces of furniture in perforated metal. Matégot launches himself in a career as decorator and furniture designer. In the 60’s he accepted a post of professor of art at the prestigious l’Ecole des Beaux Arts at Nancy. Mathieu Matégot ended his life in February, 2001 at Angers, France. He was 90 years old.