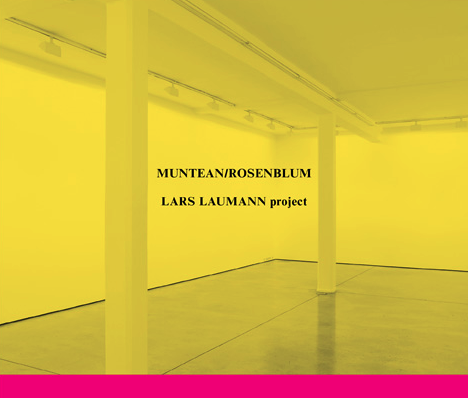 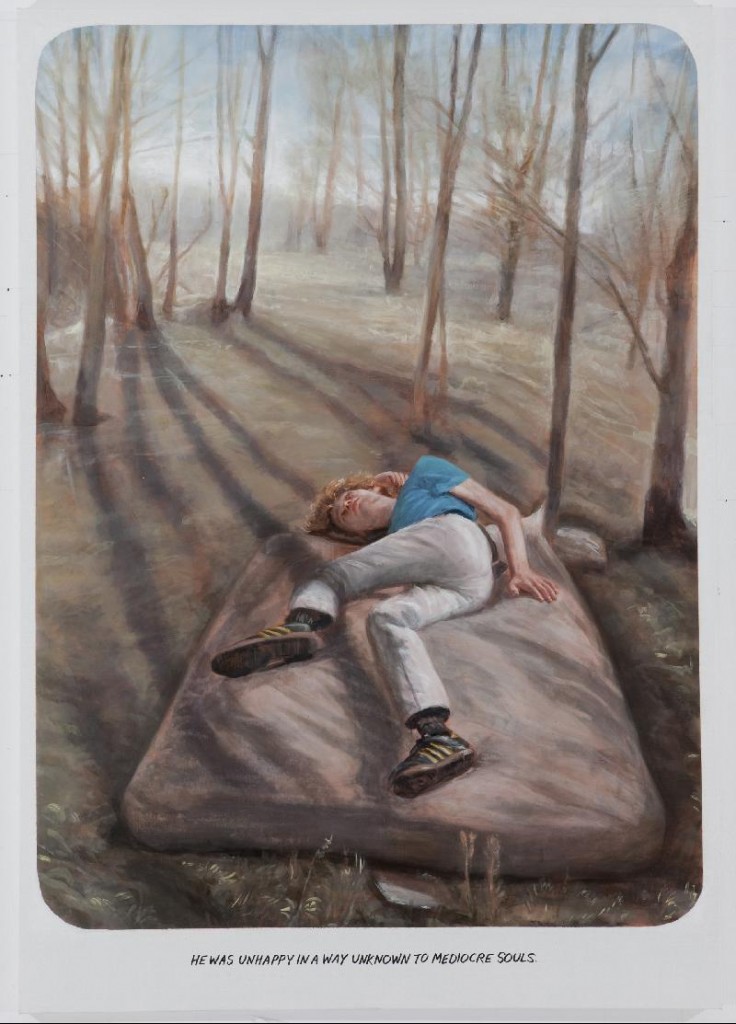 Team is pleased to announce a show of new paintings by the Vienna-based artists Muntean/Rosenblum. The exhibition will run from the 8th of October through the 7th of November 2009. The gallery is located at 83 Grand Street, cross streets Wooster and Greene, on the ground floor.

It is best to begin by laying aside any ideas about the intentions of Israeli-born Adi Rosenblum and Austrian-born Markus Muntean and to focus instead on the roles that they have been assigned by curators and critics. Muntean/Rosenblum, as the couple are widely known, have been working together collaboratively since 1992. They have been cast, like Burton and Taylor, in a variety of showy roles: as painters interested in reviving aspects of the art form in its most staid and classical modes; as Marxist or Marcuseian critics of commodity culture and its discontents; as leering champions of youth movements and counter-culture stylings; as strict, detached, ironic appropriationists; and, finally, as sincere and romantic poets attendant on the tragedy of age’s advancing degenerations of the body and of the melancholy states of nostalgia associated primarily with the waning of youthful beauty. All of these various Muntean/Rosenblums exist and it continues to be wonderfully difficult work to detect which of these characterizations is the dominant one. This multivalency is, it seems, both the point and the game. That the “purposes” of these paintings are stridently mysterious and obstinately ambiguous is the source of much of their strength.

This exhibition of new works marks two primary developments within their ouvre: the first one, formal; the second, thematic – the paintings are looser; their content less phantasmagorical. After a hectic exhibition schedule, the artists had time to step back from their work and decide, quite consciously, on the direction for the forward motion of their practice. These decisions are on view in the current exhibition. Although the figures are still quite classically posed, the painting style has become more notational and transparent – one could say, “more rococo, less baroque.”

Additionally, one would not say that their subject matter has become more political, for either artist would cringe at the very thought, but the social (in the forms of economy’s various possible encroachments) has become more and more etched in Muntean/Rosenblum’s depictions of the world. More and more, the landscapes occupied by their figures bear the traces of a marked cruelty towards the natural. The background spaces have become somehow more banal, less extra-ordinarily dramatic – an escalator, an urban alleyway, a parking lot.

The various elements that make up their paintings – the youthful figures, the balletic poses, the dramatic compositions, the hyper-contemporary spaces, the text fragments that lie across the bottom of the paintings like captions, and the fact that their images never touch the edges of the canvas – are all here in full force, however, no matter what steps have been taken along the way, in 2009, the paintings of Muntean/Rosenblum have never seemed so inevitable. They are because they had to be. This exhibition is an opportunity to relish the paintings for what they are physically and to celebrate the differing notes of meaning that are held within them.