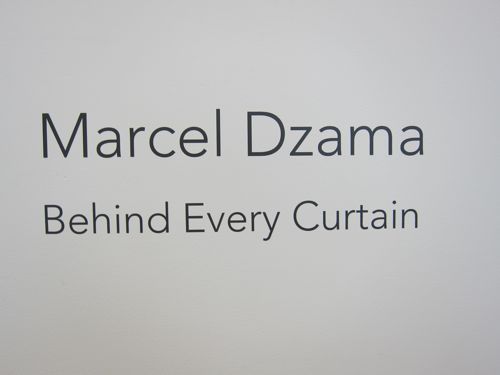 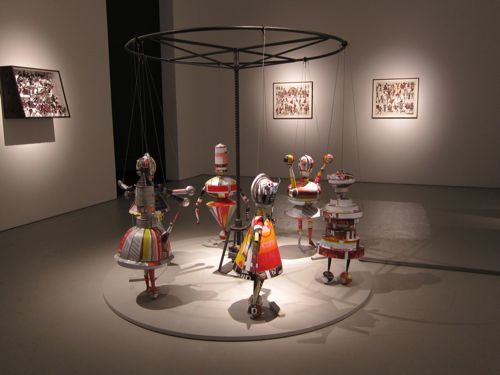 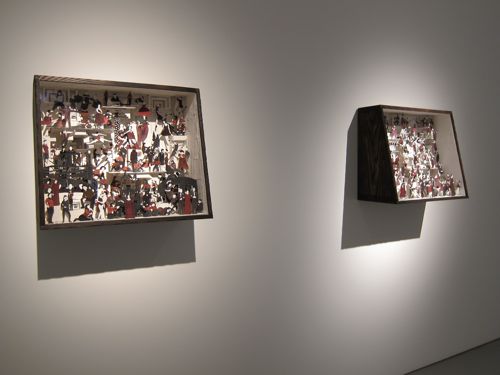 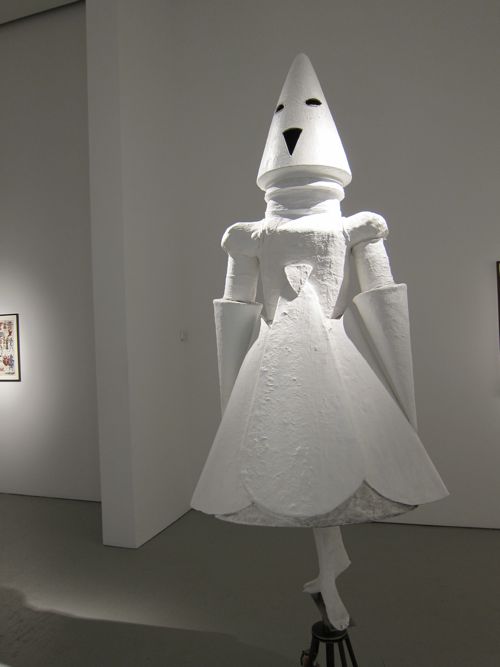 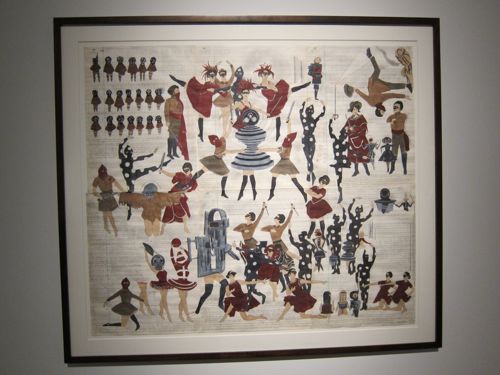 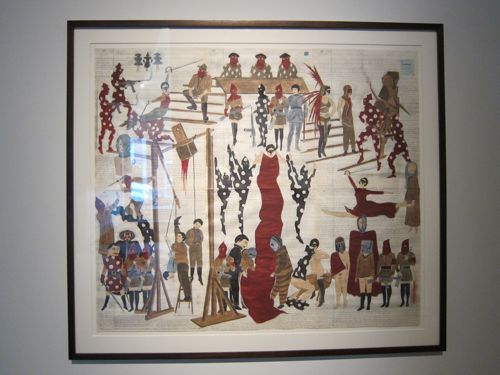 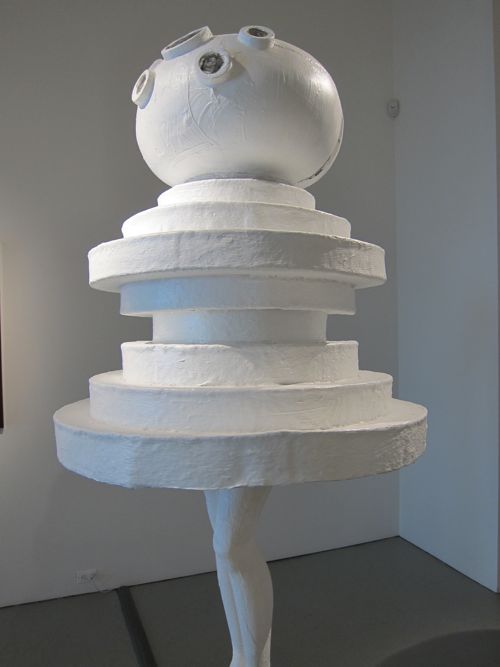 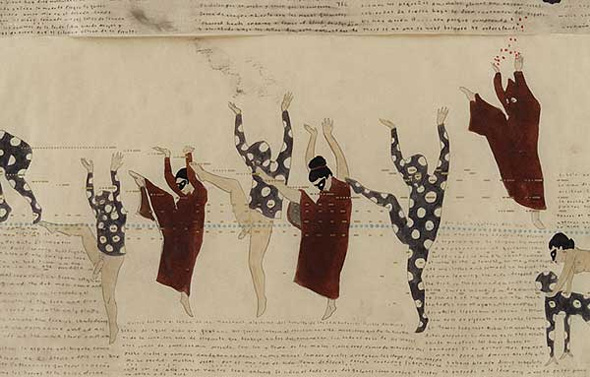 Marcel Dzama (1974, Winnipeg, Manitoba, Canada) presents his second solo exhibition in Spain, and first in Galería Helga de Alvear. His drawings, endowed with a unique and personal imagery, have become extremely popular in the past few years.

Marcel Dzama’s world is rooted in the history of traditional illustration, with visual references which refer us to the classics from the decades of the 20’s and 30’s of the last century. Nevertheless, it is as if the artist were presenting us with a perverse version of these. He has created a personal, perfectly identifiable iconography, with recurring characters who perform rather difficult to discern actions, creating an atmosphere, an aura, full of humour, irony, anxiety and absurdity.

These are hybrid characters, personified animals, animate objects. Their actions are sustained on the limits of narrative, prompting the spectator to find a meaning, a linearity, which doesn’t lead anywhere but which keeps the spectator guessing. It is as if we had access to a unique, not decisive moment, not knowing what happened before or what comes after.

The works are realised in pencil, ink and watercolours with a restricted palette: there is a dominance of red, brown, green, khaki, grey and black. The paper background is always left white, emphasising that reference to traditional illustration and, occasionally, the artist adds a text, either a line as a title or filling up the whole page.

He has produced a project specifically for this exhibition, in which he has given vent to Spanish motives. Almost as in a circus parade in which we see Don Quixote, bulls and bullfighters, flamenco dancers and a new character in his world; perverse, dressed in polka dots, and sexually ambiguous, these figures along with details borrowed from Goya’s drawings and quotes from Federico García Lorca and from the Aragonese painter himself.

Regarding The Dance of Delilah, the artist says: “I had recently embarked on the task of collecting the images piled up around me, and Delilah wasn’t something I was expecting to do. It emerged from the concern with the meaning of existence, and, above all, the death of the anonymous masses. Thus, Delilah dances with uncertainty and plays with language, as if she really cared about one language or another. Beyond that, the rules are random, and nothing is familiar or usual, although they do join the rhyme and richness of the harmonies and the suggestions of the imagery. So, please, enjoy the dance.”

Along with the series of drawings, the artist also presents the video “The Infidels”, in which two armies, a male and a female one, face each other in a battlefield, mixing choreography and details of great violence.