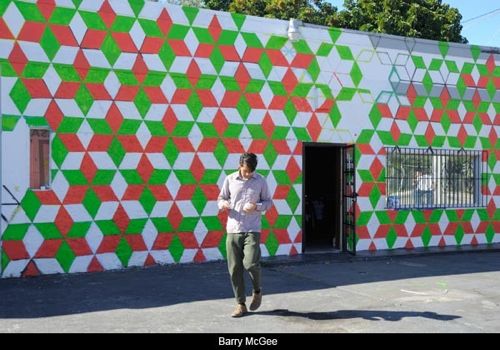 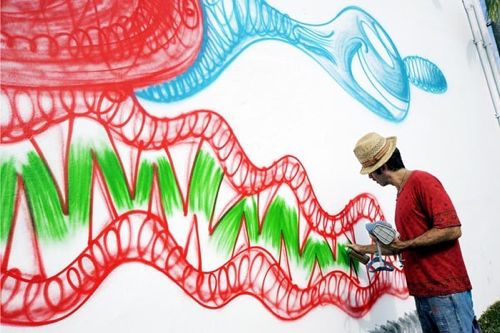 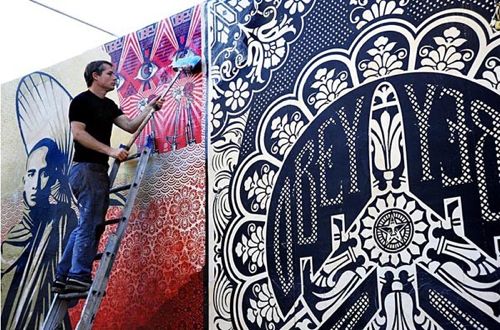 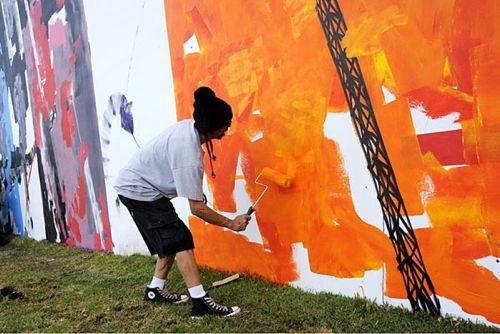 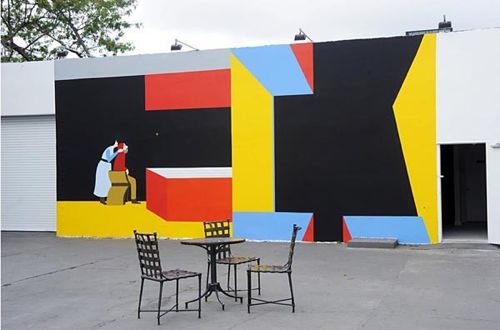 I spent the first week of December in Miami basking in the heat generated by hundreds of spray cans,
paint rollers and brushes wielded by an army of graffiti and street artists who had descended on the Wynwood
area of Miami for an incredible painting & pasting extravaganza. While more formal galleries catered to
the high end collectors across the causeway on Miami Beach as part of Art Basel, the streets of a lesser
known neighborhood called Wynwood were oveflowing with artists from everywhere doing their thing.

I was lucky enough to be able to photograph two different wall painting projects going on at the same time. One
of them, Primary Flight, founded by Books IIII three years ago, has matched walls within the community with
artists who wanted to decorate them and procured paint for doing so. The other project, new this year, was
spearheded by Tony Goldman of Goldman Properties, a developer with a history of starting up successful arts
districts including Soho in the 70’s.

Goldman purchased a group of unpromising looking two story former shoe warehouses in Wynwood and
decided to turn them into a street art museum. By teaming up with Jeffrey Deitch, he was able to entice a
star-studded selection of artists to come to Miami during Art Basel and paint day and night. What an incredible
photo op!!  Here are some of the walls in progress. Will post some Primary Flight ones in the following blog.
Unfortunately I didn’t stay in Miami long enough to see many of the finished walls but I’m sure there are lots of
photos of them on other blogs.