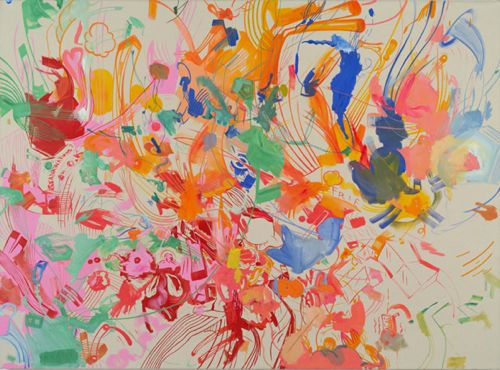 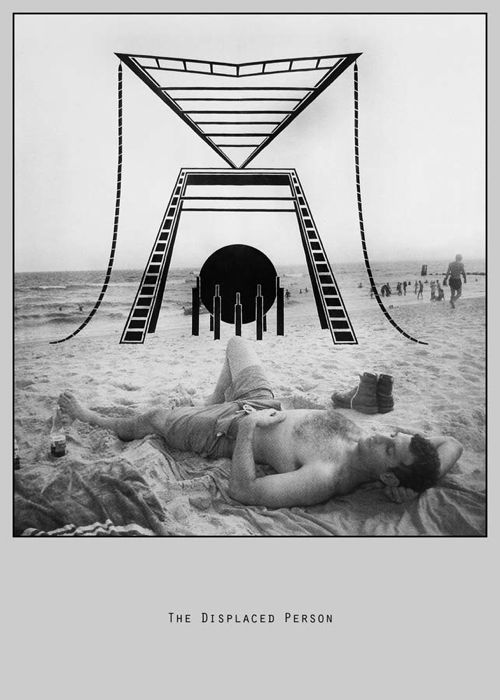 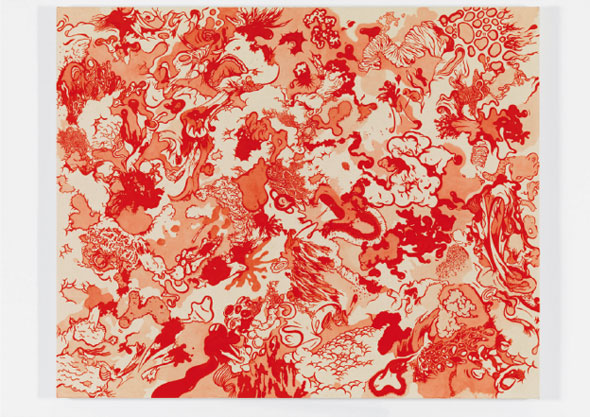 Galerie Eva Presenhuber is pleased to present a solo show of the works of American artist Sue Williams (*1954), featuring new paintings and drawings.

Sue Williams has lived and worked in New York since the mid-1980s. In her early career, she became known to a wider audience with her highly narrative painting. In taboo-like visual stories that seem like comics and caricatures, scenes of domestic violence and sexual obscenity, the artist expresses her rage over the enduring acceptance of sexism in society.

Unlike many of her contemporaries, who in confronting the classically male dominated medium of painting turned to other modes of expression such as film, photography, or installation, Sue Williams remained committed to her familiar terrain. It is precisely this monopolistic aspect that allowed Sue Williams to play with the often conventional and stereotypical representations of her male colleagues and massively exaggerate them in her own visual space.

While she first worked in a style that was highly narrative and figurative, formally similar to caricature, this changed quite dramatically in the mid-1990s. The text that often accompanied the earlier works now disappears completely from the images, and the depictions of violent sexual acts, once explicitly presented, are here fragmented across the entire image.
Sue William’s painting has constantly moved along a narrow line between figurative depiction and complete abstraction, as happens in some works in the early 2000s, in which the targeted monochromatic brushstroke becomes a central element. In her new works, these two realms are mixed anew, and Sue Williams thus explores an entirely new way of working.

For although the images are abstract, the beholder comes across recognizable details, be they individual body parts or formations reminiscent of human organs. Her reflections are thus based always on real images, and the impression left by these images is what repeatedly surfaces, interwoven with these works structured in a web-like way.
Torn blood vessels, broken bones, bursting abdomens, and in the midst of it all a single thumb or a hanging tongue, this whole compendium of painful symbolism is ironically given the title Yes, We Can. In so doing, Sue Williams develops her own furious social critique.