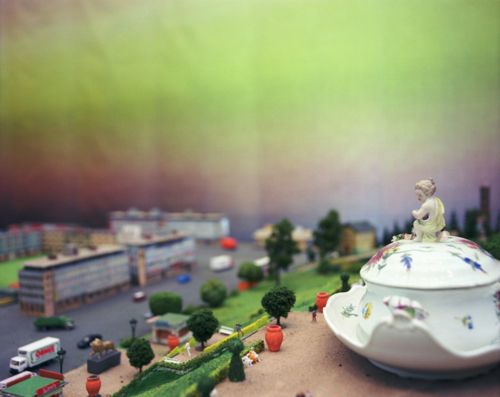 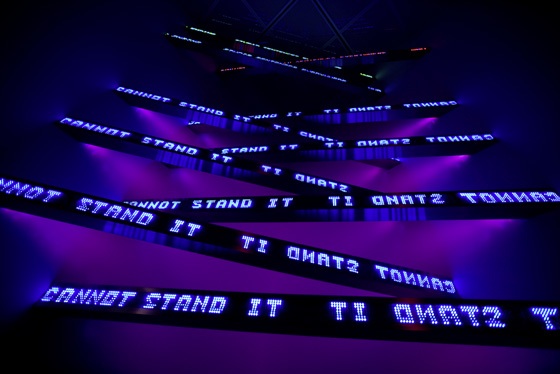 American artist Jenny Holzer (b. 1950) is one of the most significant artists of our time. She has held  exhibitions and presented art projects worldwide and won many awards, including the Golden Lion at the  Venice Biennale (1990).

Jacques Herzog, together with Pierre de Meuron, is founder of the Swiss architecture practice Herzog & de Meuron. The architects gained world-wide recognition for, amongst others, Tate Modern in London (2000), St. Jakob-Park in Basel (2001), Allianz Arena in Munich (2005) and the Olympic Stadium in Beijing (2008). In 2001 they were awarded the Pritzker Prize and in 2007 were recipients of the ‘Praemium Imperiale’.

Fondation Beyeler  is presenting Jenny Holzer’s first large exhibition in a Swiss museum. Incorporating texts she has written since the late 1970s, the show comprises important objects from various phases of Holzer’s career since the 1980s. The focus is on recent works, some of which have never before been shown in Europe. On view are paintings and sculptures, as well as her famous LED installations, containing compelling combinations of overwhelming visual effects and memorable texts of a poetic, socio-critical, and political nature. The presentation is supplemented by a selection of works the artist has chosen from the Beyeler Collection (A. Giacometti, P. Picasso, K. Malevich, and F. Bacon). In addition to the museum space, the exhibition also extends outdoors to the public domain. Spectacular light projections on key buildings and sites in Basel, Baselland, and Zurich will be on view on special nights.

Conceived in close cooperation with the artist and the MCA, Chicago, the exhibition was curated by Elizabeth A.T. Smith and Philippe Büttner.