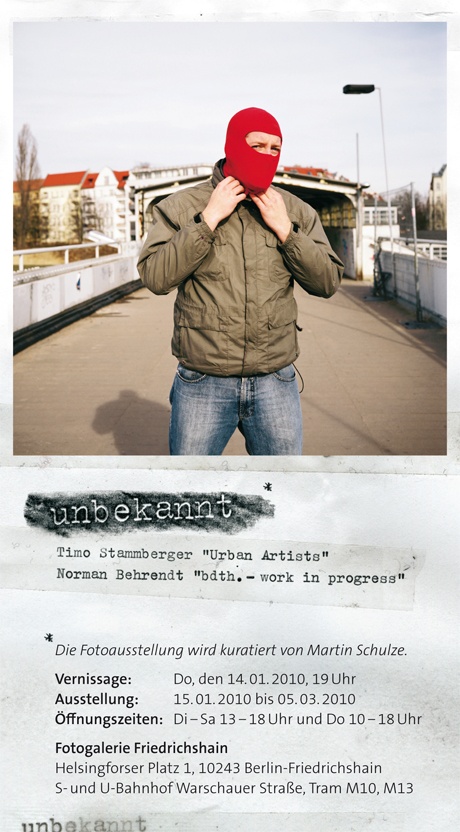 We are happy to present “Unbekannt“, an exhibition showing works of the photographers Timo Stammberger and Norman Behrendt at the non-commercial art space Fotogalerie Friedrichshain.

“Graffiti writers and other urban artists who work in public space, significantly influence the appearance of many cities and especially that of Berlin. In the exhibition “Unbekannt” (”Unknown”) the two Berlin based photographers Norman Behrendt and Timo Stammberger show portraits of some protagonists of these often difficult to access scenes. These people are often not perceived as artists, pursued by the police, and receive recognition only within their scene. But why do they follow an enormous pressure to perform, oppose the rules, and invest their money, time and energy into their art, with the risk of getting arrested? In “Unbekannt” the displayed artists are neither glorified nor condemned. Rather, Behrendt and Stammberger show intimate view of those, whose image is often distorted by the media.”