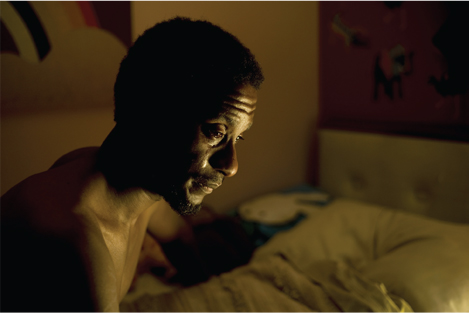 Nostalgia is a new three-part film installation by Omer Fast depicting a migrant from a dystopian Britain seeking asylum in Africa. Adapted from a true account, this narrative is presented alongside an extract of original footage and a dramatisation of an encounter between the artist and a person seeking asylum in Britain. Deliberately combining these disparate elements, Fast confronts us with a contemporary recollection of displacement and loss in a film narrative that is set in the future but which appears to have been produced in the past.
Omer Fast is the recent recipient of the 2009 Nationalgalerie Prize for Young Art.