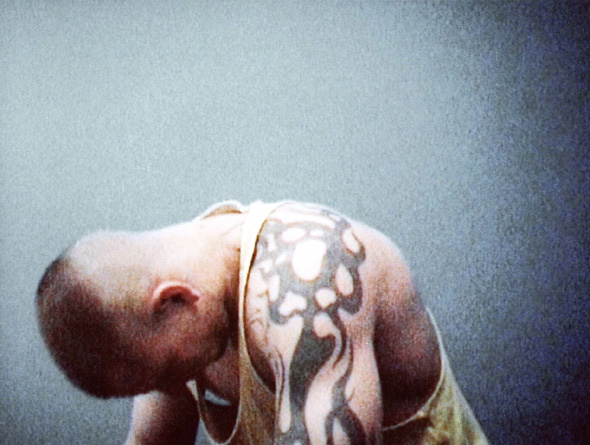 For the Sake of the Image investigates the reciprocal relationship between moving image and sound, considering sound not merely as an accompaniment to the moving image but exploring how the force of one multiplies the power of the other.
Featuring the work of emerging artists Asnat Austerlitz, Richard Bevan, Juan Fontanive, Paul O’Kane, Mark Raidpere and Dan Walwin as well as exhibition curator, Suki Chan , this exhibition is the next in the Jerwood Visual Arts Encounters series.

“The use of sound defines space. It constructs places and narratives that are not necessarily seen. Combined with moving images, sound initiates a particular kind of encounter between the audience and the artwork. From the use of emotive sounds that assist to transport the viewer to a personal space, to incidental sounds which grounds the experience, sound exposes the physicality of the medium or the framework in which the artwork is presented.”
Suki Chan, Curator, For the Sake of the Image

This exhibition is an enquiry into the relationship between image and sound and includes artists chosen for their personal and diverse approach to the subject. For the Sake of the Image features a broad range of work, including some previously unseen. These range from works created in conventional ways with simultaneously recorded footage and soundtracks, to those where the sound is composed and added retrospectively. These will be shown alongside more unconventional approaches to the definition of moving image work; works which play with pure image, silence, incidental sounds and kinetic movement.

For the Sake of the Image is Suki Chan’s first exhibition as a curator. Her recent solo shows include Sleep Walk Sleep Talk, a major video installation commissioned by Film and Video Umbrella in 2009, and Interval II, commissioned by the Chinese Arts Centre in 2008. She has been included in several group shows in the UK, including in Repetition & Sequence at Jerwood Space in 2006. Most recently, Suki was selected as one of six young British artists by Charles Saatchi to take part in the BBC’s School of Saatchi. Suki graduated with BA (Hons) from Goldsmiths in 1999 and completed an MA in Fine Art at Chelsea School of Art in 2008.

For the Sake of the Image demonstrates the Jerwood Charitable Foundation’s commitment to supporting moving image within the Jerwood Visual Arts programme.

Asnat Austerlitz graduated with an MFA from the Slade School of Fine Art, UCL in 2004 and lives and works in Israel. Her work explores ideas of space, time and place and has been exhibited in the UK, Israel, Sweden and Japan. Her practice takes the forms of drawing, video, photography, screenprint and sculpture.

Richard Bevan graduated in 2008 with an MA Fine Art Media from Slade School of Fine Art (UCL), London. His work deals with the tension between film as a medium and light as its agent.

Juan Fontanive is based in New York and graduated in 2006 with an M.F.A. from The Royal College of Art, London. His interest lies in the beauty of sequential and repetitive movement. Not a conventional filmmaker or video artist, his hand drawn characters move across the frame of ‘paper films’ to the rhythm of clockwork mechanisms.

Paul O’Kane recently completed a PhD in History of Ideas at University of London on ‘Hesitation’ and is a Londonbased artist, writer, tutor and musician. Working across numerous disciplines simultaneously he investigates and consolidates principles of art and thought as illuminated via various filters, differences and juxtapositions.

Mark Raidpere is a young Estonian artist who studied film studies at Tallinn Pedagogical University (2000-2003). He is established and well represented in his practice yet has rarely shown in the UK. Mark has shown a consistent search of the dynamic relationship between the evolution of selfidentity and social events in the time of postcold war transition. His work, utilising video as the main medium, explores the psychological states of those living in our time of radical social change.

Dan Walwin graduated in 2007 with BA Hons Fine Art from Goldsmiths College, London. His video works to date explore the creation of cinematic scenarios, while examining the construction of mood and tension in cinema, and establishing connections between the context and surroundings in which a work is shown and the work itself.