Check it out::: AVPD 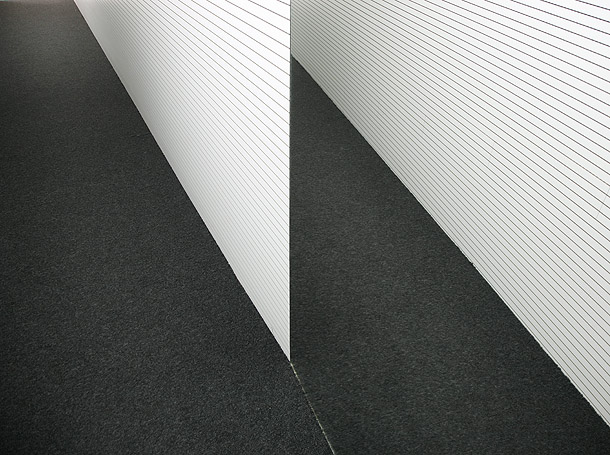 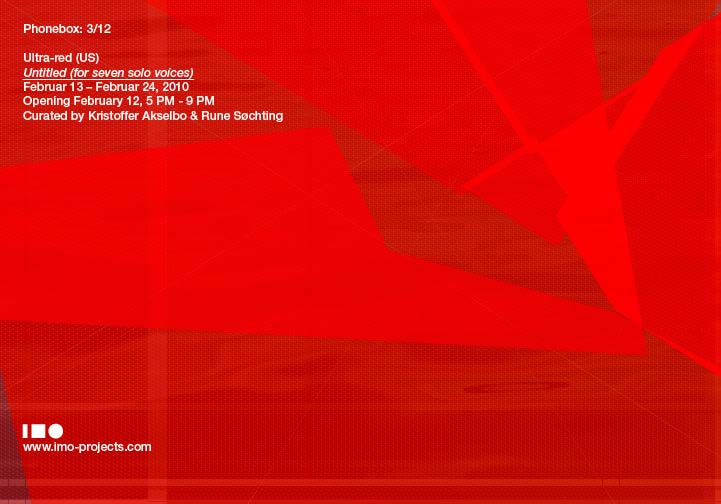 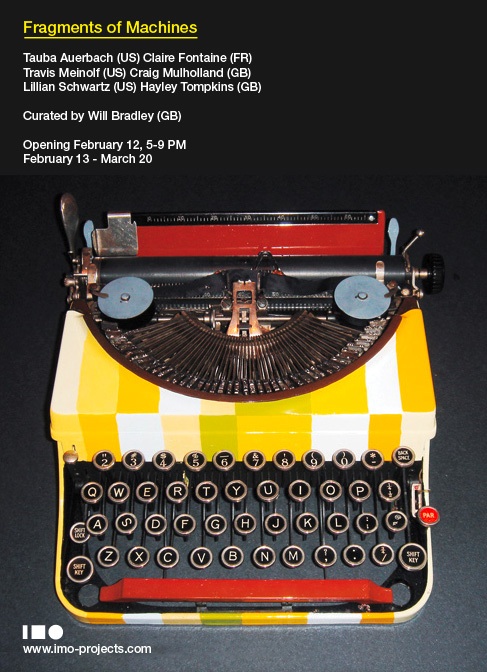 Fragments of Machines is a group exhibition of painting, sculpture, textiles and video work by five contemporary artists based in Glasgow, Berlin, New York and Paris, alongside the first screening in Denmark of Lillian Schwartz’s seminal computer-animated 16mm film ‘Googolplex’, made in 1972.
The works on show are diverse but loosely connected by an attempt to question, subvert or undo the relationships between particular technologies and the forms of life they were designed to promote. From the nineteenth-century origins of the digital computer in the industrial revolution to the twenty-first century calculations of virtual capital and online social networking, technology has developed both to serve particular conceptions of social relations and to determine social interactions. In modest, and mostly low-tech ways, the works in this show rebel against the forms of life that industrial technology is employed to produce. Each in its own way proposes a counter move that might critique existing mechanisms or suggest an altered value-system.
Tauba Auerbach’s fundamental concern is with representation and meaning, the limits and ambiguities of language and their relation to perceived reality. One part of her practice develops twentieth century structuralist games with language, typography and technology to explore the potential of apparent restrictions, contradictions and malfunctions in the process of communication. Tauba Auerbach lives and works in New York.
Claire Fontaine is a collaboration, a self-described ‘Ready-made artist’. She ‘experiments with collective protocols of production, détournements, and the production of various devices for the sharing of intellectual and private property.’ Claire Fontaine is based in Paris.
Travis Meinolf’s practice combines art, craft, education and activism, but is based around the production of hand-woven textiles. He writes: ‘I am engaged in a personal industrial revolution … to present productive labor as an engaging, satisfying endeavor, whose products could be shared freely within a community to serve the needs of all of its members.’ Travis Meinolf lives and works in Berlin.
Craig Mulholland trained as a painter but his practice encompasses sculpture, installation and film making, addressing themes of alienation and complicity in the contemporary cultural economy. ‘The dominant concerns within Mulholland’s recent work have centred on Foucauldian theories of power – “the political dream of the plague […] the penetration of regulation into even the smallest details of everyday life”.’ Mulholland lives and works in Glasgow.
Lillian Schwartz is best known for her pioneering work in computer animation. ‘Googolplex (1972) utilised Lillian Schwartz and Kenneth Knowlton’s self developed graphical programming language EXPLOR to build a kinetic patchwork of binary grids pulsing to the sound of African tribal chant. The work, a result of research at BELL laboratories into the perception of sound and images, exists somewhere between a psychotic cellular automaton and stroboscopic Bridget Riley.’ Lillian Schwartz is based in New York.
Hayley Tompkins makes objects of the things you would never consider to represent, and yet, there they are …Elsewhere, she has called this quality a kind of hypothetical relation, in that her paintings and objects appear to exist only ‘as if’, as an echo of something if only one could represent it …  her ‘Metabuilts’ are somewhere between dream, reconstruction and product … fragile and sometimes so forsaken as to half-erase themselves from existence.’ Hayley Tompkins lives and works in Glasgow.
Will Bradley is a curator and art critic based in Oslo. In exhibitions and publications he has among other things been dealing with art in relation to social change, self-organisaiton, counter-economic strategies and technology. In 1998 he co-founded the gallery The Modern Institute, Glasgow.