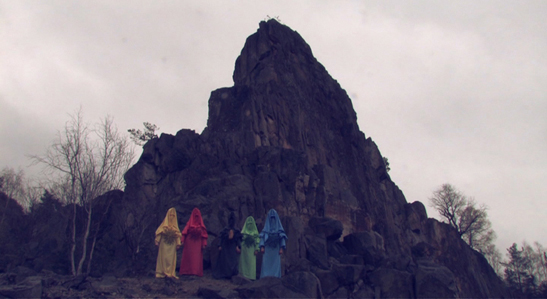 Charlotte Fogh Contemporary has invited our Nordic neighbours and can with great pleasure, and in corporation with Gallery Steinsland Berliner from Stockholm, present some of the latest newcomers within the contemporary art scene of Scandinavia. The exhibition “News from the Neighbours” offers collage, drawing, sculpture, painting and video by the artists Erik Tidemann, Danilo Stankovic, Finsta, Nadine Byrne and Ragnar Persson.

Norwegian Erik Tidemann (b. 1982) finished in 2006 from Slade School of Fine Art in London. His work is characterised by including very different media – from paintings to dead animals. Tidemann’s works are often grounded in fictive narratives about extreme characters that in different ways comment on our society. The inspiration is found in B movies, sub and pop culture as well as in the relation between live and death.

Danilo Stankovic (b. 1981) has roots in both Sweden and former Yugoslavia and is studying at Malmö Konsthögskola. His works mainly consist of drawings on paper and fabric that often are included in large installations. The central theme for Stankovic is the meeting between the earthly and the divine – the sublime that takes shape in nature.

Finsta – Sweden’s answer to the Danish artist RememberMyName (HuskMitNavn) – was born in 1978 and educated at Konstfack Univeristy of Arts, Crafts and Design in 2004. Finsta is one of the leading street artists in Europe with his passion for both popular culture and urban environment. He works nationally and internationally in different media and contexts – such as illustration, film, animation and graphic design.

Nadine Byrne (b. 1985) is studying at Royal University College of Fine Arts in Stockholm. She works in numerous media for example video, sound, sculpture, performance and collage. The works take off in a fascination of the occult and religion, which she links with an investigation of her own past.

Ragnar Persson is born in 1980 and is educated at Konstfack Univeristy of Arts, Crafts and Design in 2007. His drawings are grounded in the Heavy Metal environment alongside with classic landscape painting, which he mixes with memories from his upbringing. He hereby not only creates a world that tells about Persson’s life, but also a world that anyone else can see themselves in.