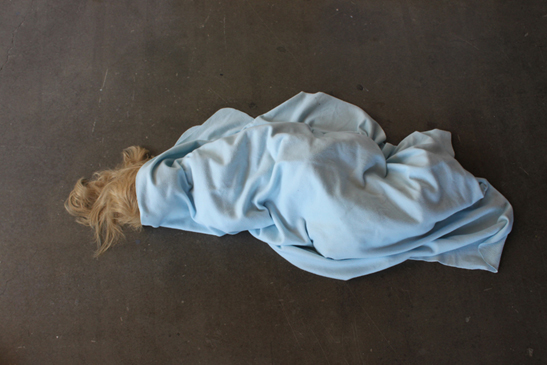 “After 1973” refers to the period after president Allendes’ coup in Chile September 11th 1973 and the following consequences for the artists in Chile. The suppression by the military dictatorship resulted in a resistance, which was expressed by a new conceptual approach to art inspired by German conceptual art and Joseph Beuys. This, combined with a new vitality and freedom provides the setting for the young artists of Chile today.

“After 1973” is the artist’s first exhibition in Denmark. Through various media; drawings, text, paintings, installation, video and objects Luis Guerra & Paula Cobo are exploring the historical and social memories from the period after 1973.

Luis Guerra (1974) and Paula Cobo (1982) are educated from the university Uniacc in Santiago and are considered among the most influential upcoming artists from Chile. The artists established ”Traschi Gallery”, the first commercial gallery of contemporary art in Santiago and have participated at the most prestigious artfairs in Basel and Miami.

Since 2008 Luis Guerra & Paula Cobo have been travelling with their art project, I-am-a-gallery, which is a travelling platform for investigation of the conceptual contemporary art. Furthermore they are represented by the gallery Alice Day at Bruxelles. In 2010 Luis Guerra has a soloexhibition at Museum of Modern Art in Chile, and Paula Cobo has received a two year grant for San Francisco Art Institute.