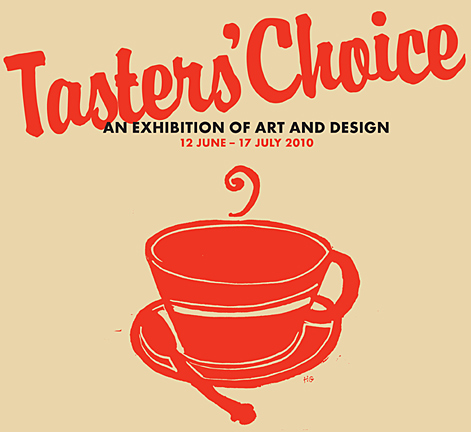 Stephen Friedman Gallery is delighted to present ‘Tasters’ Choice,’ an exhibition of art and design.

Six internationally renowned private collectors have been asked to act as curators and to each choose four artists who play key roles in the formation of their collections. To showcase each selection, six separate domestic environments have been especially created by American interior designer and private furniture dealer Vance Trimble. They include an entrance hall, a study, a library, a bedroom, a sitting room and a dining room.

Every room is carefully furnished with specially chosen and rare mid-century design pieces, most from Scandinavia, including a rare unique Finn Juhl sideboard, wooden tables by Poul Kjaerholm, four-shade pendant lamps in amber glass by Poul Henningson, carpets by van da Silva Bruhns and Marion Dorn and works by female designers such as Grete Jalk and Eileen Gray. The wide range of established and emerging artists included suggest some of the idiosyncrasies of personal taste and the influence the artists themselves have played in the structure of these six collections.

‘Tasters’ Choice’ offers an insight into the private worlds of the tastemakers, whose influence can be seen in the evolution of museums and collections worldwide. Each of these collectors plays a different but instrumental role in the wider art context, as foundation directors, private benefactors, patrons and confidants. By participating in this exhibition, the ‘tasters’ share with us their depth of knowledge and contribute a highly intimate but personal curatorial vision.