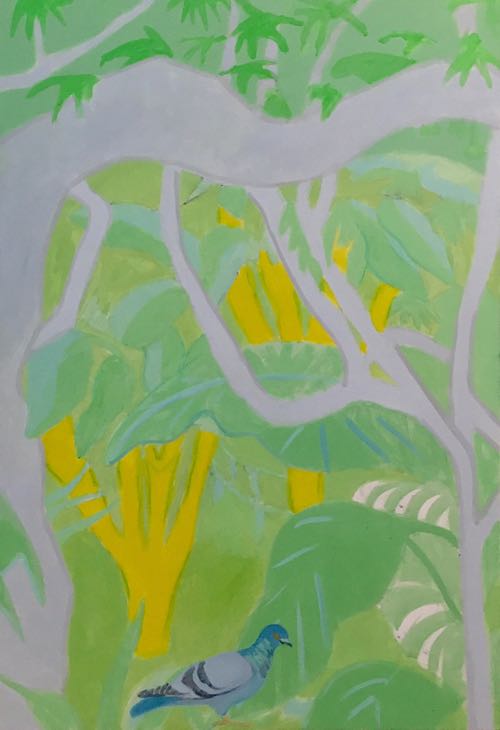 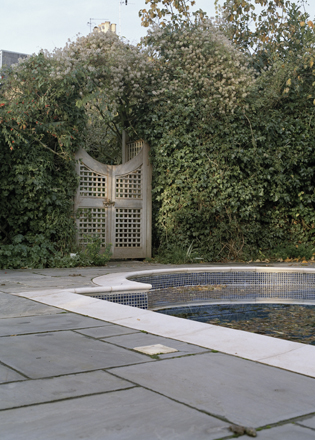 There is an undeniably tragic irony in dropping dead while digging a whole
in the ground. This is more or less what overcame Eadweard Muybridge on
May 8, 1904. A closing note in every biography of the late photographer
speculates on the fact that at the time of his death he was busy digging out
a scale model of the American Great Lakes in his back garden at No. 2,
Liverpool Road, Kingston. Muybridge had retired and after an early career
as a book seller and later on as a successful photographer in the US, had
returned to England, serenely converting to gardening.

Beasley’s works have often dealt with finding bare existential conditions
buried in small, closed environments – the space of a room, a book, a box,
or of a dish, presenting them as banal theaters of the human condition and
the choices it leaves. The particular starting point for P.A.N.O.R.A.M.A. is the
fenced Victorian garden of E. Muybridge, as it was maintained and adapted
by its current owners. A panoramic series of 12 segmented photographs,
Beasley’s first digitally produced colour works, were taken in the actual garden
early winter of 2009 and were named after the individual panels of
Muybridge’s 1878 panorama of San Francisco, the orientation of each of the
views in the garden corresponding to one of the views of the San Francisco
panorama. The figure of the fenced garden, the swimming pool —  a bit further
on in the show the viewer will discover the figure of the lakes — function very
much like key holes, allowing an oneiric slippage of the physical world into a
uncanny, surreal state, tracing both Muybridge’s late moments and the
photographic condition as a passage from light to dark, from movement to rest.