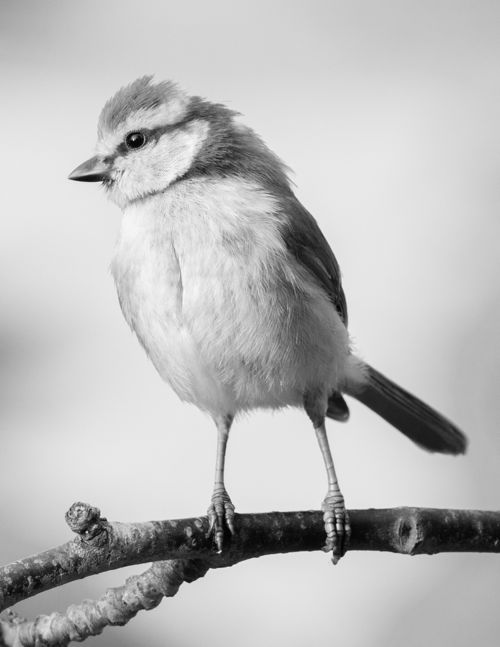 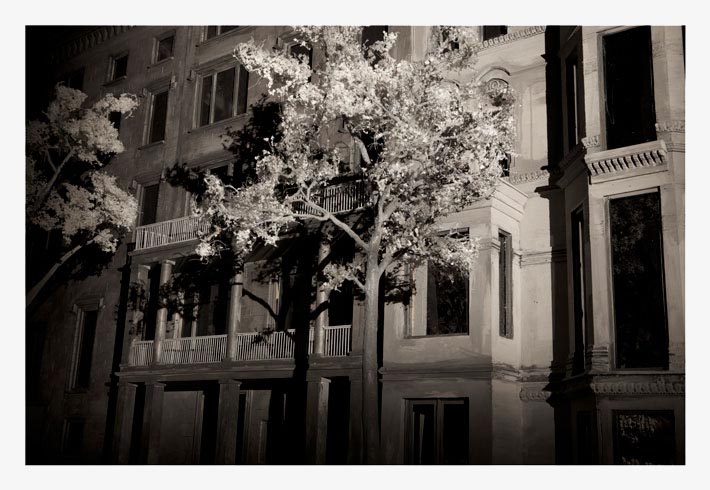 Galerie Nordenhake is pleased to announce Jonas Dahlberg’s second solo exhibition in Berlin. Here, the Stockholm based artist presents two recent video installations: “Three Rooms” (2008), View Through a Park, and his related photographic suite “View from a Street” (both 2009), along with his work from 1996-2003, “Safe Zones #1”. His works explore relationships between architectural and psychological space.

The artist is not interested so much in architecture in terms of rooms/enclosures but more as journeys, navigations, negotiations. “Three Rooms” is a 3-channel monitor presentation, depicting three rooms in a home: bedroom, living room and dining room. Over the course of 27 minutes all the objects and furniture dissolve, leaving an empty, lit room with no defining features. Dahlberg has found a way to eliminate objects that is slow and resembles a natural, organic process. The 3 screens work with a narrative structure more closely connected to architecture than film. The viewer moves from screen to screen as moving through rooms in a building.

In “View Through a Park” the viewer follows a single camera movement from the interior of one apartment, through an idyllic city park, to its facing apartment. Set at night, the dreamlike shot travels endlessly between these two buildings, transforming from a non-physical journey for the viewer through the park, to a furtive, intruding gaze within the private spaces. The photographic works suggest a surreptitious inventory and indexing of the exterior buildings. While the film is dreamlike, the photographs, taken at street-level, are grounded and factual. “View from a Street” returns to other themes recurrent in Dahlberg’s work – surveillance and voyeurism.

“Safe Zone’s #1” offers a dialog with these recent works by investigating themes such as the gaze, control and paranoia.

Jonas Dahlberg was born in Uddevalla, Sweden, in 1970, and currently lives and works  in Stockholm. He has exhibited widely in many prestigious contexts. Selected solo exhibitions include: Galeria Foksal, Warsaw (2008), Neue Kunsthalle St. Gallen (with Jan Mancuska) and Frac Bourgogne, Dijon (2006), Moderna Museet  in Stockholm and Bonner Kunstverein. Bonn (with Jan Mancuska) (2005) and Kunstverein Langenhagen (2003). He participated in numerous group exhibitions at Kunsthalle Wien and Kunstmuseum Stuttgart (2008), Leeum Samsung Museum of Art, Seoul (2007), Santa Barbara Museum of Art, Taipei Biennial, Calle Alcala 31, Madrid Spain (2006). He represented Sweden at the 26th Bienal de São Paulo and has participated in the Busan Biennial in 2004, the 50th Venice Biennial in 2003 and Manifesta 4 in 2002.