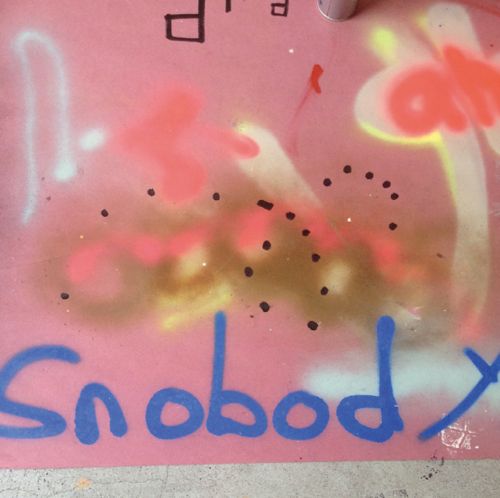 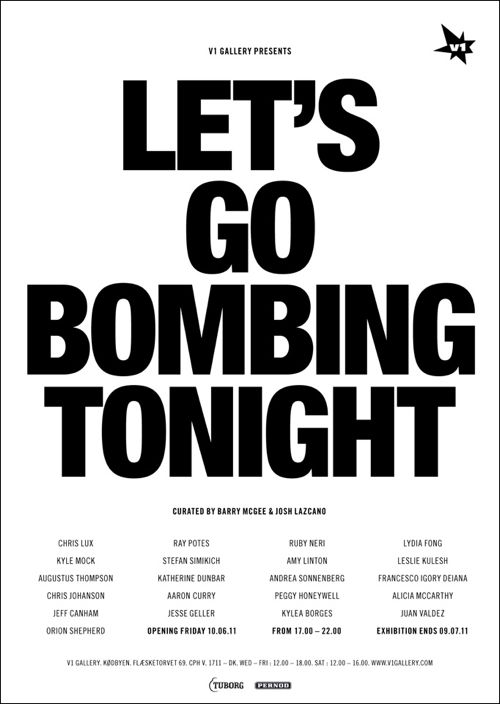 From folk to punk and back again, Alicia McCarthy’s work loops seemingly discordant aesthetics into a tableau of subcultural Americana–visualize Odetta singing “I Wanna be Sedated.”  McCarthy paints intricate patterns reminiscent of démodé textiles with a distinctive palette of colors that announce her utopian sensibilities. Her purposeful strokes, keen eye for color and formal intelligence are welcomingly vandalized by the use of discarded wood as a canvas.  In an act of rebellion beyond mere Indie-naiveté, McCarthy slips in refuse material to “tag” her own schooled hand and gesture towards the ethos of the neighborhood from which she emerged, the Mission District.

The San Francisco neighborhood was and continues to be the geographical center of an artistic movement known as “The Mission School.”  At the height of the movement McCarthy’s artistic voice could be seen freely in and around the streets.  Echoing “The Mission School’s” refreshingly modest, hardworking and community oriented practices, McCarthy’s exhibitions exceed an individual’s work and become collective projects of resistance and conservation.

Alicia McCarthy lives and works in Oakland, California where she was born in 1969. She received her BFA from the San Francisco Art Institute in 1994 and also attended the Skowhegan School of Painting/Sculpture, Skowhegan, ME, and the New York Studio Program, New York, NY. In 2007 she received her MFA from the University of California, Berkeley. Alicia has exhibited her work in New York, California, and internationally and is the recipient of awards from the Headland Arts Center and New Langton Art in San Francisco, California.