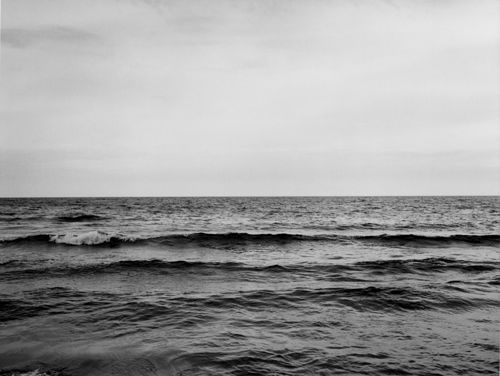 Since 1965, Schmidt has created a distinctive body of work, including such seminal series as “Waffenruhe” (Ceasefire), “EIN-HEIT” (U-NI-TY), “Berlin nach 1945” (Berlin After 1945), “Frauen,” (Women), “Stadtbilder” (Berlin – Urban Images), and “Irgendwo” (Somewhere). The exhibition at Haus der Kunst presents Schmidt’s major photographic works from the past four decades, along with previously unpublished photographs from the 1980s, newly edited series, and recent works, including a series of seascapes. For the Haus der Kunst presentation, Schmidt will devise idiosyncratic installations specifically for the venue’s architecture. An artist’s book of the series “89-90,” which previously only existed as artist proofs, will accompany the exhibtion.

Schmidt’s series “Frauen” has been featured as the first artistic contribution to the 6th Berlin Biennale. The series, showing singular portraits of clothed and nude women, is currently visible in public posters throughout Berlin and will remain on view for the duration of the Biennale.

One thought on “Michael Schmidt”