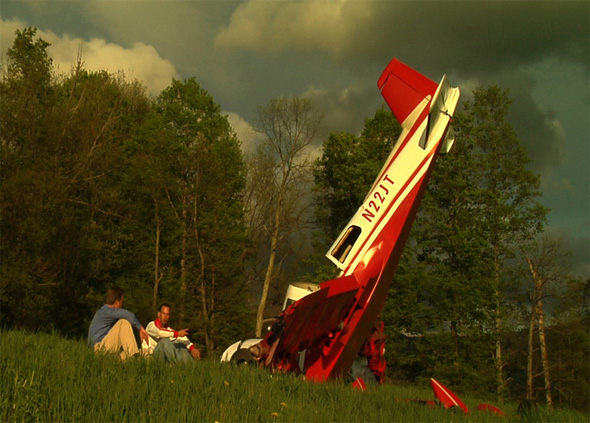 Guy Ben-Ner, born 1969 at Ramat Gan, showed 2005 at the Israeli Pavilion at Venice Biennial. His award-winning shortfilms have been introduced at ArtFilmBiennial Cologne, at International Short Film Festival Oberhausen (2005), at Skulptur Projekte Münster (2007) and at Biennials in Liverpool and Shanghai (2008).

Together with his family, the artist produces ideosyncratic and comical short films – partly shot at home in his kitchen or in the nursery, partly in public parks in New York City or even at IKEA stores.

Drop the Monkey (2009) has been commissioned by the New York performance festival PERFORMA. The “film performance” is a dialogue of the artist with himself. But between speech and answer there is a real distance – the return flights back and forth from Berlin to Tel Aviv. The film has been continuously shot without any cuts. The script is written in form of a poem in Hebrew language (with English subtitles). The borderlines between public and private, between life and art are impressively debated in this short film.