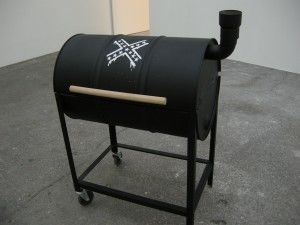 The first Focus exhibition for the 2009–2010 season will feature the work of Gardar Eide Einarsson, who often explores the complex relationship between individuals and institutions, and the painful limits of transgressing society-imposed boundaries. Growing up in Oslo, Norway, which is widely regarded as one of the safest cities in the world, and then moving to New York two days before September 11, 2001, has given Einarsson a broad perspective on the notion of the institution and how it impacts our lives.

Modern Art Museum of Fort Worth