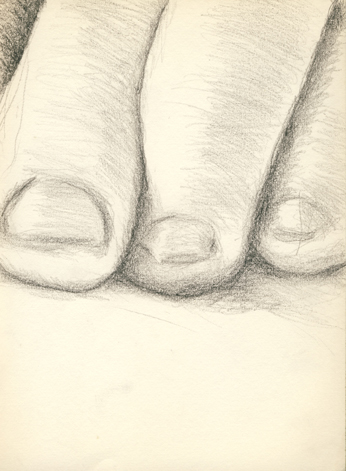 Michael Benevento is pleased to present SAS, an exhibition of recent works by London based artist, Bonnie Camplin. This will be her first solo exhibition in Los Angeles.

Bonnie Camplin continues to provoke questions about survival, emergence, becoming and the feminine.  Known for her thought provoking videos and HB drawings, SAS will consist of pencil drawings, watercolors and sculpture.

The title of the show SAS is in reference to a survival handbook written by John “Lofty” Wiseman, a former special air serviceman of the British army. SAS is an exhibition of works incorporating Camplin’s ongoing fascination with survivalism; growing up, as she did with the cold war and “mutually assured destruction” or “mad” and being affected deeply by her father’s obsession with it. She now looks at the prospect of catastrophic climate change and resource wars expressing her own sense of pessimism by taking the survival “basics” (as laid out in Wiseman’s book) and interpreting each irrationally through (significantly) the medium of watercolor. Here they express that the idea of survival in such extreme circumstances in her own case is absurd. Therefore these watercolors, in common with the survivalist culture of emergency-preparedness rituals are merely a symbolic way of processing deep deep fear.

Bonnie Camplin was born in 1970 in London. She received her BA in film and video and her postgraduate degree in advanced photography from Central St. Martin’s School of Art. She is represented by Cabinet Gallery in London and Galerie Cinzia Friedlaender in Berlin. She currently teaches film at Stadelschule Frankfurt. Her upcoming show titled Railway Mania will be held in 2010 at the Middlesbrough Institute of Modern Art.